During the courtesy call by Kent Harstedt, Kang noted Sweden's role in the dialogue process with North Korea, including its hosting earlier this month of working-level nuclear talks between Washington and Pyongyang.

Harstedt voiced support for Seoul's efforts to achieve complete denuclearization and a lasting peace on the peninsula, according to the ministry.

He also said that his country will continue to make "constructive contributions" based on close cooperation with South Korea.

The Swedish envoy was here to meet top South Korean officials and experts for talks related to the peace efforts. 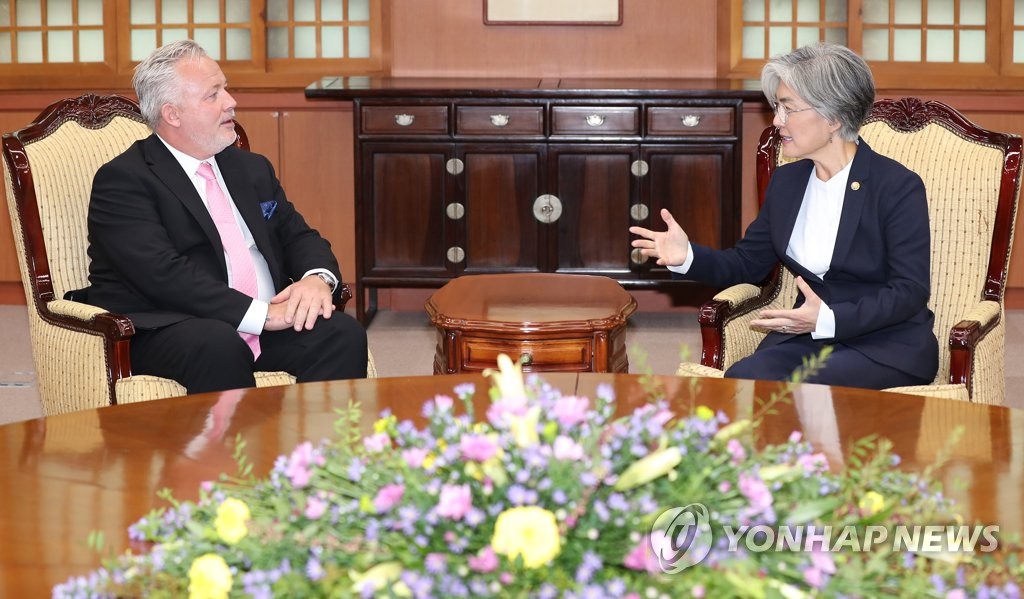