SEOUL, Oct. 25 (Yonhap) -- South Korea vowed to take all necessary measures to protect its agricultural sector after deciding to give up its special treatment as a developing country at the World Trade Organization (WTO), although the decision is unlikely to have an immediate impact on farming.

The decision is aimed at mitigating potential pressure from U.S. President Donald Trump, who has criticized South Korea and other nations for taking advantage of the developing-country status, but it puts the long-term prospects for Korean agriculture into question.

The issue of the developing country privileges is about future multilateral negotiations, meaning that South Korea's agricultural subsidies and tariffs won't be affected even if Seoul decides to forgo that status.

"Even if South Korea no longer enjoys the benefits as a developing country, there are no immediate impacts on the agricultural segment," Hong said. "We have enough time and capabilities to prepare for the upcoming negotiations."

The government's belief that the new WTO status will not harm the local farming industry is based on the fact that the existing benefits will be maintained until there are new WTO Doha Development Agenda talks, which have been at a standstill for years.

"The existing tariffs and subsidies will be maintained until the countries reach an agreement at the next negotiations," an official from the agriculture ministry said. "Thus, we do not expect any significant progress for the time being."

At the WTO, economic status is decided by self-declaration, meaning a country can proclaim whether it is a developing country or not by itself.

Asia's No. 4 economy announced that it will remain a developing country, but will pursue benefits through the status in no area except for the agricultural sector, having been a member of the Organization for Economic Cooperation and Development (OECD) since 1996. 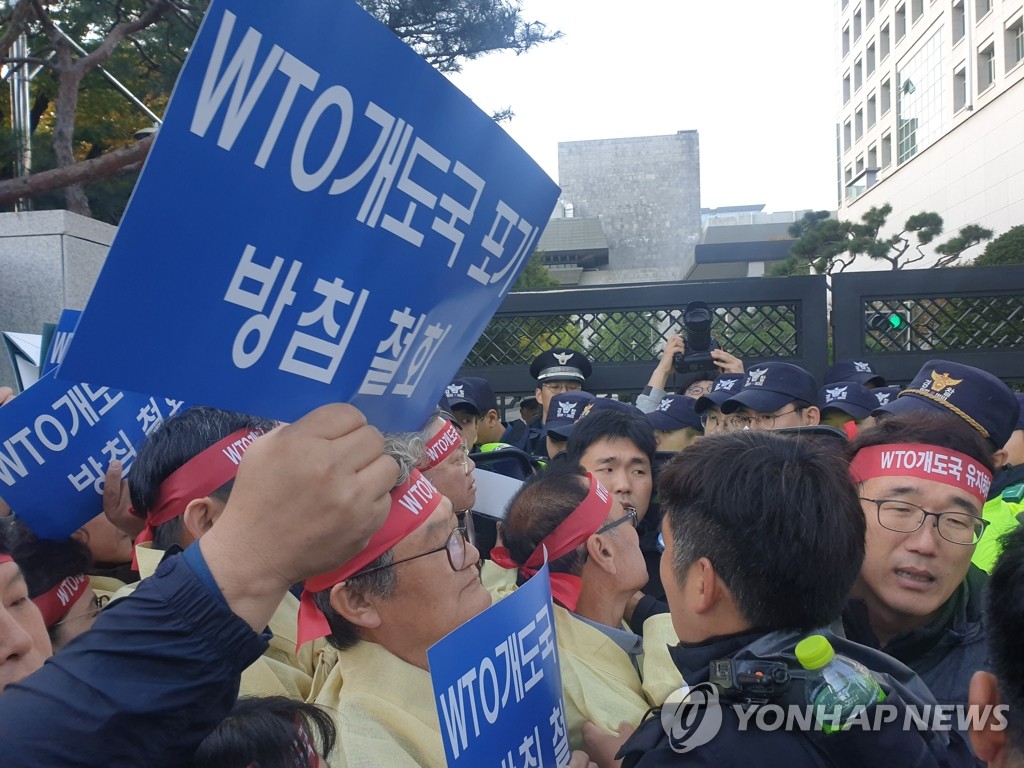 Controversy over South Korea's status at the WTO, however, recently emerged amid the global trend of protectionism led by Washington.

President Trump claimed that countries should not win developing-nation status if they meet certain criteria -- being members of the Group of 20 advanced economies, being members of the OECD, being high-income countries as classified by the World Bank and taking up at least 0.5 percent of total global trade.

South Korea is the only country in the WTO that meets all four criteria.

Following the latest decision, South Korea vowed to revamp its existing agricultural policies to shift the focus from compensating losses to expanding investment for the sustainable growth of the industry.

The country has allocated a budget of 15.3 trillion won (US$13 billion) for the agricultural segment next year, the highest figure in the past 10 years.

"The government has consistently implemented measures to beef up the agricultural segment, including allocating necessary budgets," Hong said. "I believe the decision will serve as an important milestone for the future of the country's farming industry."

South Korea said it will promptly revise the existing subsidy program to benefit a wider range of beneficiaries, amid a rising controversy that the current scheme polarizes farmers.

The government claims the new subsidy program aimed at promoting the public good can also avoid a possible conflict with WTO rules in the future.

To seek sustainable growth for local farms, South Koreans seeking take up farming will be provided with monthly subsidies of up to 1 million won along with other benefits, it added.

Regardless of its status, South Korea will maintain the 513 percent tariff on imported rice for quantities outside the quota of 409,000 tons.

While negotiations are in progress after a handful of countries, including the U.S., and China, raised concerns over the current rules, the agriculture ministry said the talks are not related to the developing-nation status issue.

Despite the government's announcement, however, South Korean farmers claimed the change may eventually hurt the local industry in the longer run.

"If South Korea gives up the developing-nation status, Washington may demand the country further open its doors in the agricultural segment," a group of representatives from local farmers' organizations said in a joint statement.

Another official from the agricultural ministry said the government, however, is yet to come up with detailed countermeasures as there are no imminent negative effects, but it will keep a watchful eye on future negotiations.

The country, meanwhile, plans to brace for international protectionism in other areas as well.

Seoul and Washington recently revised their free trade agreement to reflect Washington's demands in the auto sector. Under the new deal, Washington was able to extend a tariff of 25 percent on Korean pickup trucks by another 20 years to 2041. South Korea doubled the 25,000-vehicle unit threshold for U.S. car imports that do not have to comply with domestic industry regulations.

The U.S. is also mulling whether to impose tariffs of 25 percent on imported autos on national security grounds, based on Section 232 of the Trade Expansion Act.

South Korea has lobbied hard to win an exemption from the tariffs on the grounds that it made concessions on automobiles in the revised bilateral free trade deal that went into effect in January.

Hong, however, claimed that the change in South Korea's status will not have an impact on the auto-tariff talks. 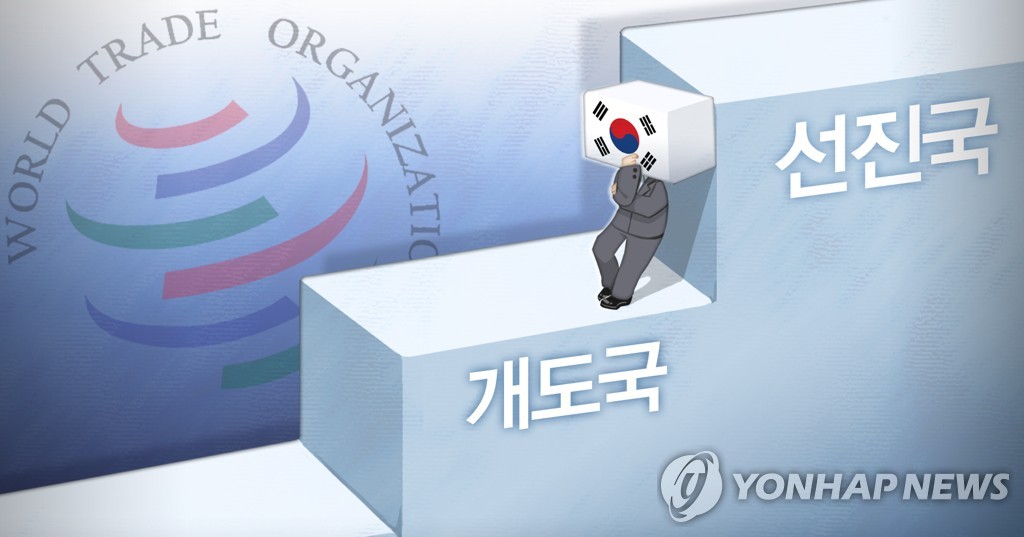