SEOUL, Oct. 26 (Yonhap) -- G-Dragon, the leader of K-pop boy band BIGBANG, was discharged from the military Saturday, bracing himself for a return to show business.

Meeting with media and fans in front of the Ground Operations Command in Yongin, south of Seoul, G-Dragon, whose real name is Kwon Ji-yong, thanked his fans for their support. Some 3,000 fans came to the military base to greet the 31-year-old singer.

"I want to thank all the fans who have been waiting for me," said Kwon, using a megaphone. "Now, I'll do my best in my main business." 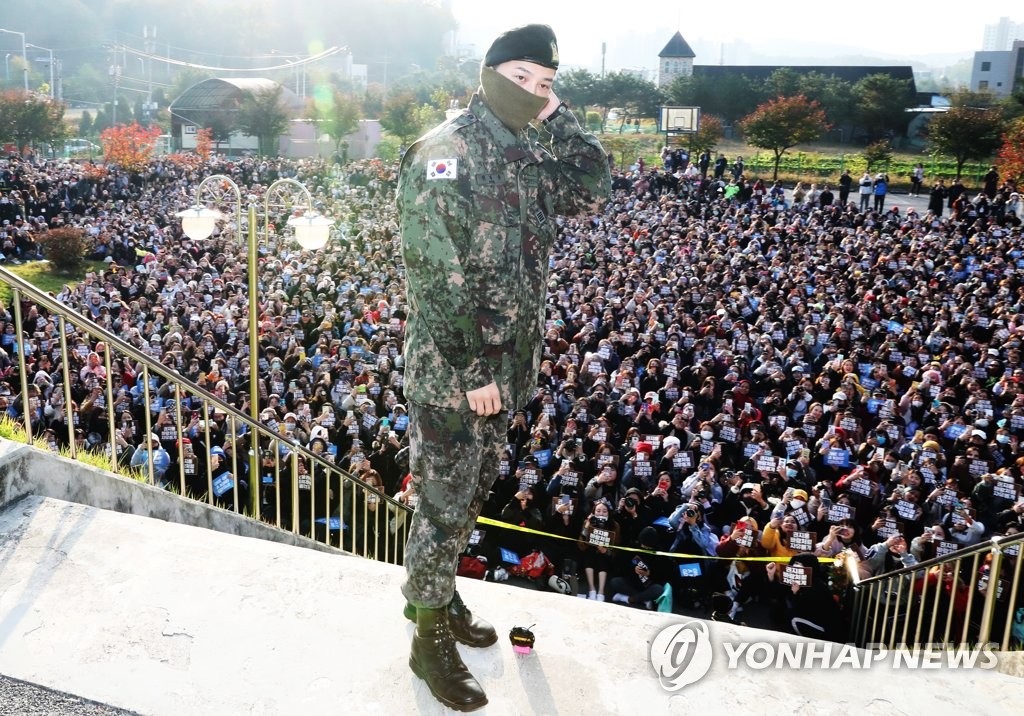 G-Dragon began his mandatory service at a military unit in Cheorwon, Gangwon Province, 90 kilometers northeast of Seoul on February 27, 2018. But military officials ordered that he should be discharged in Yongin due to the risk of traveling fans disrupting African swine fever quarantine efforts in Cheorwon.

G-Dragon has been embroiled in controversy during his service following an allegation that he received special treatment from the military by being admitted into an exclusive room of a hospital instead of one of the shared rooms used by normal soldiers.

Now a free man, G-Dragon is likely to focus on restarting his music activities although the situation surrounding him isn't rosy.

BIGBANG's main rapper, T.O.P, whose real name is Choi Seung-hyun, was found guilty of smoking weed and received a 10-month jail term with a two-year probation. Seungri recently left the band and announced his retirement from the entertainment industry after a nightclub associated with him came under investigation over drug use and sexual abuse.