SEOUL, Oct. 26 (Yonhap) -- With a pair of decisive hits that lifted his team to the championship, Doosan Bears' slugging first baseman Oh Jae-il was named the Korean Series MVP on Saturday.

Oh earned 36 out of 69 votes from the media, after batting .333 (6-for-18) with a home run and six RBIs to help the Bears sweep the Kiwoom Heroes in four straight games.

Oh came through with a go-ahead double in the top of the 10th inning in Saturday's 11-9 victory, which clinched the Bears' first title since 2016 and their sixth overall. 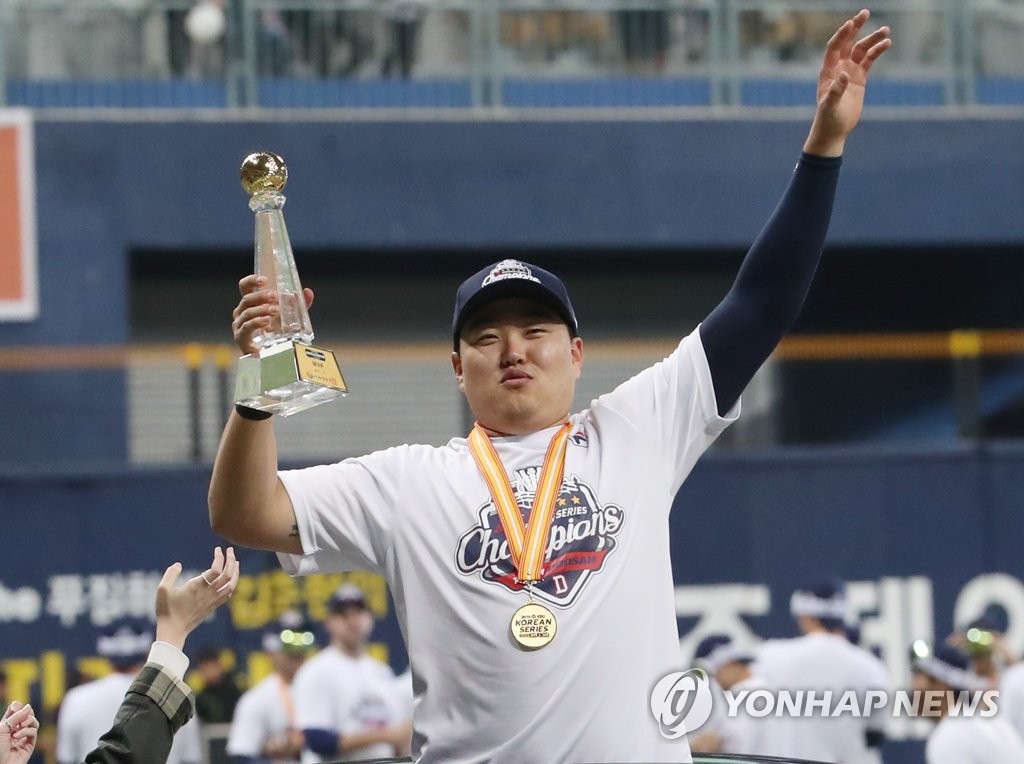 The hulking slugger also had his moment in Game 1, when he hit the walk-off single in the bottom of the ninth inning for a 7-6 win. The Bears had blown a 6-1 lead in that game before Oh came to their rescue.

This was the sixth Korean Series appearance for Oh, and easily his best one so far.

He had a particularly dismal performance in last year's Korean Series, when he batted just 2-for-16 with no RBIs and eight strikeouts, as the heavily favored Bears fell to the SK Wyverns in six games.

This year, Oh had at least a hit and an RBI in every game. 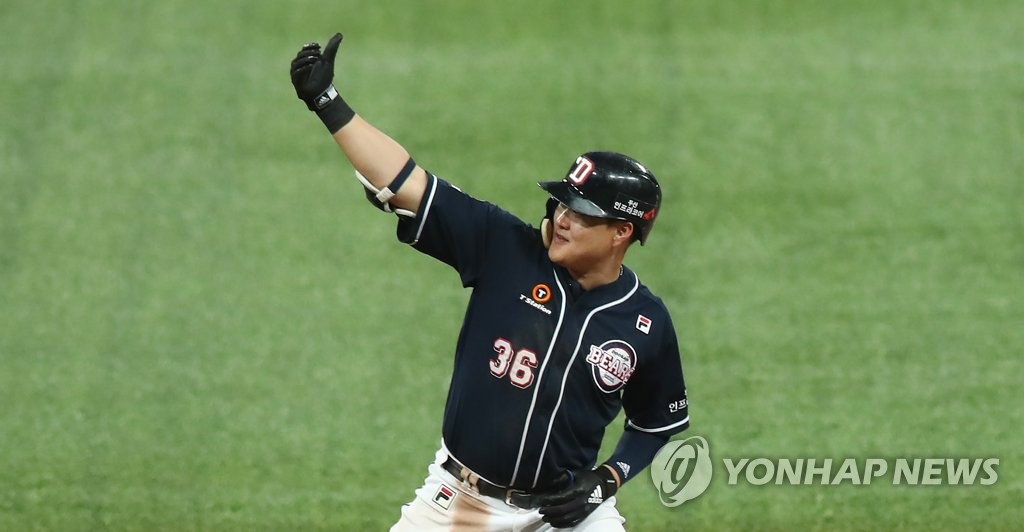 When he stepped up to the plate in the top of the 10th, Oh admitted that winning the series MVP entered his mind, however briefly.

"It was a pressure situation, a tie game and a runner at third with two outs," Oh said. "I thought, 'Maybe if I get a hit now, I'll get the MVP.' But then I came to my senses and focused on hitting the ball. Once I got my hit, then I thought I could get this MVP award."

Oh said his struggles in last year's Korean Series weighed heavily on his mind, and he was determined to put that memory behind him during this year's series.

"This is my third title with the Bears, and this feels the sweetest," Oh said with a smile."