Elliott's opposition made Hyundai Motor Group drop its attempt to overhaul its governance structure, a move that could help Executive Vice Chairman Chung Euisun take over the country's second-biggest conglomerate from his father, Chairman Chung Mong-koo. 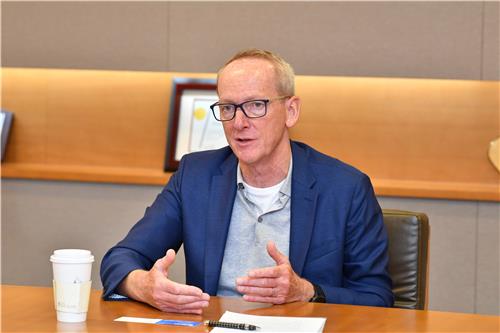 "What I've seen in this eight months ... you cannot expect everything is perfect, but we are making really good progress on building up a good governance and also taking the right investment decisions and really going forward with this company," Neumann told Yonhap News Agency in a recent interview.

The independent director didn't elaborate on what efforts the company is making to improve its governance structure.

He said Elliott provided some of the right influence and input, but from his perspective the U.S. fund looked like it was taking "a very radical approach" given it asked Hyundai Mobis to pay 2.5 trillion won (US$2.1 billion) in dividends this year for the firm's earnings results for 2018. It was far higher than the combined 1.1 trillion won in dividends offered by the company earlier this year for the next three years.

Elliott owns about a 3 percent stake in Hyundai Mobis.

"It's in times (like this) we need a lot of money for investment, so you have to find the right balance. I think we (the company) have a much more balanced approach now," the director said, adding he will closely work with the management to encourage them to move quickly with improving governance.

This week, the company said it will invest US$50 million in Velodyne Lidar to mass-produce Level 3 autonomous driving systems by 2021.

A Level 3 car, if fully developed, can change lanes and carry out other autonomous driving functions without intervention by the driver. A Level 4 vehicle can drive itself under limited conditions and will not operate if all required conditions are not satisfied. At Level 5, a vehicle's automated driving features can drive under any conditions.

Last month, Mobis joined affiliates Hyundai Motor Co. and Kia Motors Corp. to invest a combined $2 billion in a 50:50 joint venture with Aptiv to develop a self-driving platform with Level 4 to 5 autonomous technology by 2022 and supply it to global car makers.

Citing the JV with Aptiv and partnership with Velodyne, he said, "This is exactly the right thing to do (for Hyundai Motor Group) because ... these technologies are too big (so) that you can't do them alone and also you shouldn't, because in the end if it's possible to drive autonomously you cannot differentiate with it. ... We need access to the technology, but we don't need to have it exclusively."

Neumann, who recommended the latest investments, said that in general, Hyundai Motor Group has been a fast follower in the automobile industry but the joint company with Aptiv will help it become a first mover.

As for the future of all-electric cars, the 58-year-old German said he is absolutely convinced all cars will have an electric motor sometime, though he doesn't know whether they will have batteries or fuel cells.

People are increasingly concerned about global warming and governments are setting the direction and want to know how can they make the transport sector CO2 neutral, he said, adding, "To achieve this, we need electric motors, and so a company like Hyundai (Motor Group) has to have vision about this."

Given the group's investment plans involving electric vehicles, the carmaker will be competing with Volkswagen AG and Tesla Inc. in the global electric car market, the director said.

As for Hyundai's plan to beat Tesla in sales of electric cars by 2025, he said, "I have no doubt, if Hyundai Motor wants to do it, they can do it. ... Tesla is great but what they do (is) they do luxury electric cars. That's much more easy. But doing a car for the masses, like what Volkswagen is trying and also what Hyundai is trying now, that's much harder."

The Korean government has recently announced its roadmap to secure unrivaled competitiveness in electric, hydrogen fuel-cell electric and autonomous vehicles.

The government will inject 2.2 trillion won by 2030, with a plan to have the private sector separately invest a combined 60 trillion won in future vehicles, related technologies and facilities.

Seoul aims to more than double its share of the world's all-electric and hydrogen-powered vehicle market to 10 percent by 2030 from the current 4 percent.

Hyundai Motor Group said it will take up 41 trillion won, or 68 percent of the 60 trillion won, under the government-led future mobility plan.

Hyundai Mobis will invest 300 billion won in its second local plant capable of producing all-electric car components that can be assembled into 100,000 EVs a year in Ulsan, 410 kilometers southeast of Seoul, with operations expected to begin in the first half of 2021.

It currently operates one environment-friendly car parts plant in Chungju, 150 km south of Seoul. The Chungju facility can produce parts for 400,000 eco-friendly vehicles per year.

"One of the absolute strengths of Mobis is to really produce, manufacture efficiently and in scale and you see that in the factories," Neumann said.

He also said he likes executive vice chairman Chung for his curiosity and described him as "one force behind the drive to change the company to really go to the next step."

In a townhall meeting with employees last week, Chung said traditional vehicles will account for 50 percent of the group's portfolio, with private air vehicles and robotics taking up 30 percent and 20 percent, respectively.

Neumann interpreted Chung's message as "being prepared," adding, "The world is changing faster than you think."

As for weakness in terms of business, he said the company needs to win more business deals outside Hyundai Motor Group for sustainable growth.

"In the future, it's important to supply more outside the group, to become one of (the) big-scale suppliers of the world," the director said.

Hyundai Mobis earns 90 percent of its overall auto parts sales from affiliates Hyundai Motor and Kia Motors, which together form the world's fifth-biggest carmaker by sales.

Last year, Hyundai Mobis obtained $1.7 billion worth of parts orders, or 10 percent of its total car parts deals, outside the country.

In the January-September period, its net profit rose 17 percent to 1.71 trillion won from 1.47 trillion won in the first nine months of 2018, helped by increased sales of parts for electric cars. 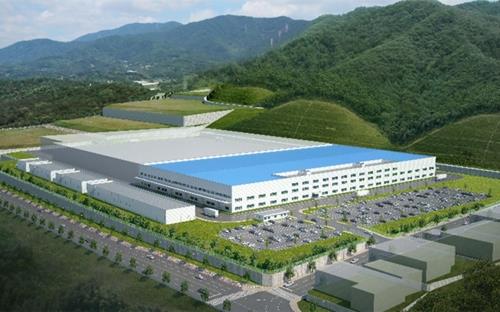