Lee has served in the post for 881 days since his appointment in May 2017 under the liberal Moon Jae-in government, according his office.

Lee, a former journalist and four-term lawmaker, has helped President Moon steer state affairs into the latter half of his five-year presidency.

He recently expanded his role in diplomacy, holding talks with Japan's Prime Minister Shinzo Abe in Tokyo in an effort to mend frayed ties over trade and historical issues.

"I'm very honored to have such a record," Lee said when asked by reporters how he feels about the title of longest-serving prime minister.

Lee said he has spared no effort to handle government affairs, but felt an ache when thinking of the many people still facing hardship amid the economic slowdown.

"The government needs to pursue policies to come closer to those experiencing difficulties and also prepare (policy plans) from a longer perspective," Lee said of his plan to manage the Cabinet in the latter half of Moon's presidency.

Lee is leading an opinion poll as one of the ruling bloc's strongest candidates for the next presidential election.

Whether he will run in the general elections next April is also under the spotlight.

Speculation is ripe that Lee may return to the ruling Democratic Party (DP) no later than January or February next year in an effort to contribute to the party's victory in the parliamentary elections.

"As for my next step, it is not a thing that I can decide alone. I will (set my political position) in a harmonious manner," Lee said when asked about his future plans. 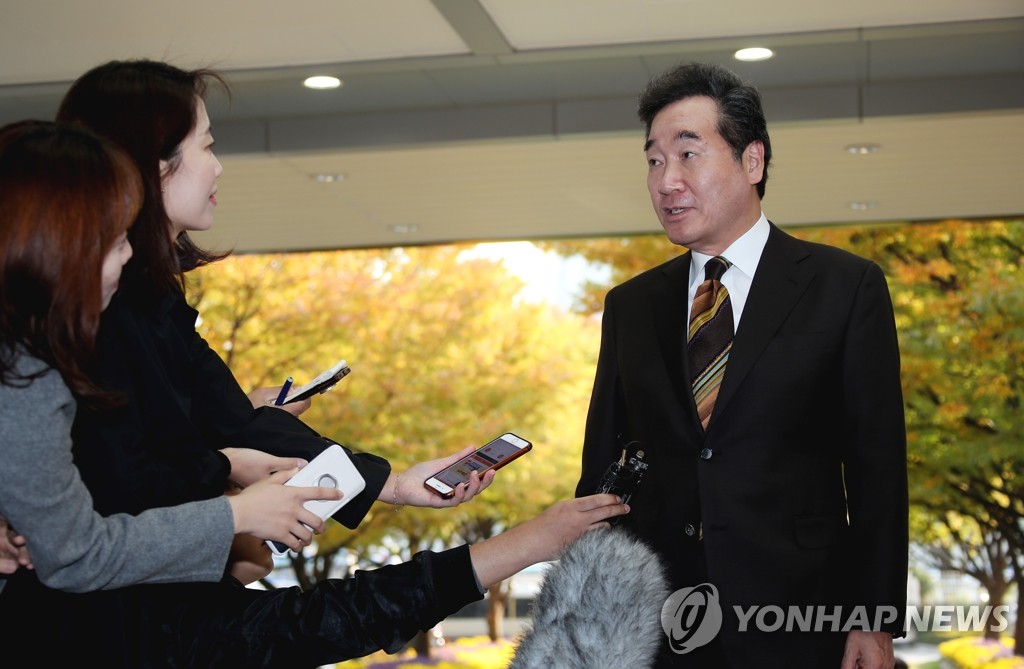