SEOUL, Oct. 28 (Yonhap) -- North Korea's submarine-launched ballistic missiles (SLBM) could pose a direct threat to the U.S. mainland, America's vice naval chief has said, calling for keeping a close tab on those capabilities, according to a U.S. broadcaster.

Calling those weapons "a game changer," U.S. Vice Chief of Naval Operations Robert Burke raised concern over the North's SLBMs during a press conference held in Virginia on Friday, according to Radio Free Asia (RFA).

On Oct. 2, North Korea test-fired a new type of SLBM, the Pukguksong-3, from waters off its east coast. It is believed to have an extended flight range of 2,000 kilometers or longer compared to its previous versions.

Experts have warned that the North's submarines could be capable of launching unpredictable strikes, and the recent test also demonstrates its nuclear delivery capabilities. 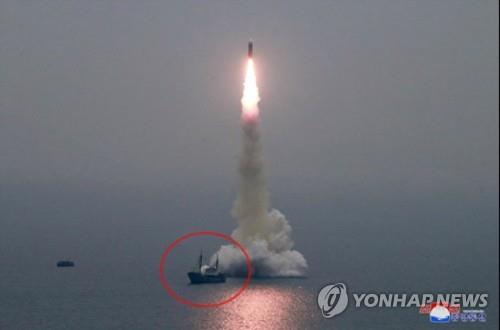