SEOUL, Oct. 28 (Yonhap) -- Nine in 10 K-pop fans would like to visit South Korea in the future, a survey showed Monday, highlighting K-pop's positive impact on the local tourism sector.

In a survey of 12,663 people in 111 countries who identified themselves as K-pop fans, 89.8 percent of the respondents said they would like to visit the country, according to the Korea Tourism Organization (KTO).

Of those who expressed their desire to visit South Korea, 76.4 percent said they would like to visit within a year.

"K-pop's popularity has increased to trips to Korea," a KTO official said. "Of those who have visited the country in the past three years, 86.8 percent said K-pop affected their decision to visit." 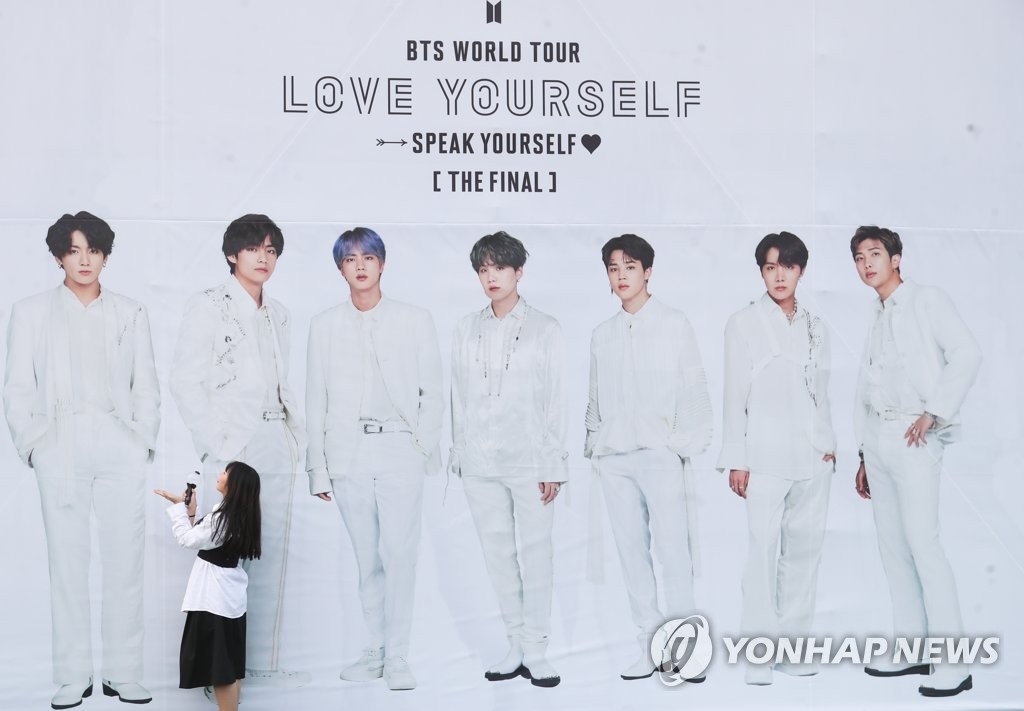 The survey showed BTS was the most popular group among K-pop fans.

Some 36.1 percent picked BTS as their favorite, followed by EXO with 10.4 percent, Super Junior with 8.2 percent and BIGBANG with 5.6 percent.

BTS was most popular in Europe with 50 percent, followed by Japan with 44.5 percent and America with 43.4 percent.

The surveyed, meanwhile, showed that YouTube was the most popular platform among K-pop fans. Around 37.6 percent of the fans said they learned about K-pop through YouTube while 37.5 percent said they used other social media platforms.

"We will promote various videos on tourism related to K-pop for fans interested in coming to Korea," the KTO official said.