(ATTN: UPDATES throughout with details; ADDS byline)
By Lee Chi-dong

SEOUL, Oct. 28 (Yonhap) -- President Moon Jae-in will visit Thailand next week for an annual international conference followed by an official trip to Mexico and his participation in another global meeting to be held in Chile, Cheong Wa Dae announced Monday.

Moon is scheduled to join the ASEAN plus three summit set to open in Bangkok next Monday under the theme of "Advancing partnership for sustainability."

He will use it as a chance to explain Seoul's position on the Korean Peninsula security situation and other pending regional issues.

He is also to seek ASEAN members' cooperation for South Korea's plan to host a special summit with the 10-member bloc in Busan in late November, according to Cheong Wa Dae spokesperson, Ko Min-jung.

He will then participate in the East Asia Summit, slated for Monday afternoon, in the Thai capital, in which he plans to request the international community's continued support for Seoul's denuclearization and peace efforts. Moon is to return to Seoul on Tuesday after a three-day trip there. 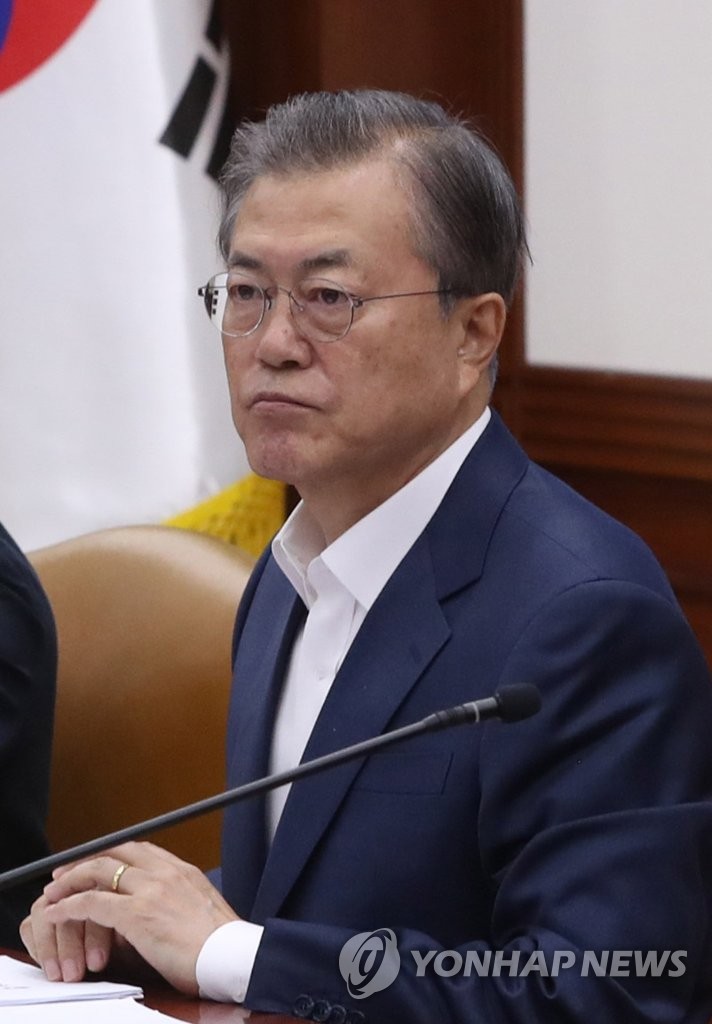 "In addition, President Moon plans to express the will for regional cooperation with other nations under our New Southern Policy and emphasize our efforts for regional peace and prosperity," Ko said at a press briefing.

Among the other participants are Japanese Prime Minister Shinzo Abe and Chinese Premier Li Keqiang. It remains unconfirmed whether U.S. President Donald Trump will be present.

Asked about the possibility of Moon's separate talks with Abe in Bangkok, a Cheong Wa Dae official told reporters that no decision has been made yet.

In mid-November, he also plans to make an official visit to Mexico for summit talks with President Andres Manuel Lopez Obrador.

Agenda items include Seoul's bid for associate membership of the Pacific Alliance and partnership in the MIKTA middle-power group. Mexico is South Korea's number No. 1 partner in Latin America.

During a two-day stay there beginning Nov. 13, Moon will meet with ethnic Koreans and representatives of South Korean firms residing in the nation, Ko said.

He will then head to Santiago to take part in the Asia-Pacific Economic Cooperation (APEC) summit, where he has plans to have one-on-one talks with his counterparts from major nations on the sidelines of the session.

This year marks the 30th founding anniversary of APEC. South Korea played host to an APEC summit in 2005 and is scheduled to host another one in 2025.