Speaking at a parliamentary session for a budget review, Lee voiced regret that the controversy over Cho's appointment had created a public uproar.

"I feel sorry for causing the public concern," Lee said.

Cho abruptly resigned earlier this month after the monthlong controversy over whether he was suitable for the Cabinet post.

The prosecution is looking into allegations involving his family that ranges from his wife's forgery of a document and a dubious investment in a private equity fund (PEF). His wife was arrested last week on 11 charges related to her daughter's school admission and a financial investment.

Supporters for and against Cho held their separate street rallies for weeks, calling for the reform of the prosecution and the arrest of Cho, respectively.

"I believe the prosecution is conducting the probe in accordance with law and principles," Lee added. 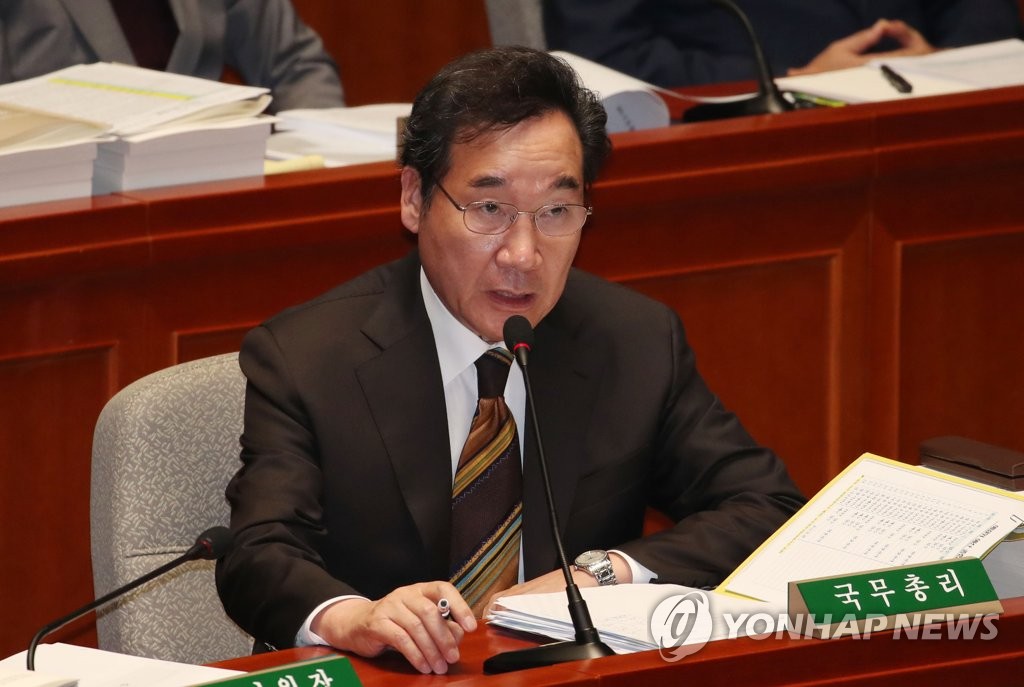