SEOUL, Oct. 28 (Yonhap) -- A package of outdoor activities and fan services will be awaiting excited fans at Jamsil Sports Complex in southern Seoul when global superband BTS throws the finale of its world tour this week.

The septet is poised to finally wrap up the much-acclaimed "Love Yourself: Speak Yourself" tour in the capital of its home country on Tuesday.

The first two of a series of three concerts took place at the complex's Seoul Olympic Stadium over the weekend, entertaining 88,000 fans in total. On Tuesday, the final session will dazzle another 44,000 K-pop aficionados. 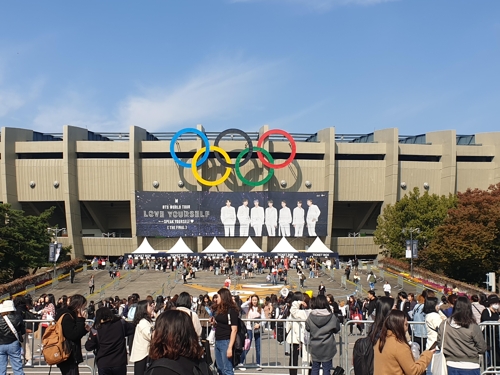 With a village of outdoor activities, sales booths and eateries set up on the sidelines of the venue, the Seoul concert series became more of a massive festival over the weekend.

The concerts are also a chance for Big Hit Entertainment, BTS' music label, to bring to reality its ambitious vision of opening a new phase of the contemporary concert industry.

A 31-year-old BTS fan, who identified herself only as Ms. Kim, was among a crowd of fans who came to the concert venue hours before the show on Saturday to entertain themselves with the free services and connect with other members of ARMY, the band's famous fandom.

"The concert is scheduled for 6:30 p.m., but I arrived early as if I were coming to a festival because the event zone opens at 9 a.m.," she said ahead of the Saturday concert, the first of the three events.

A 25-year-old American, Megan, traveled far from home to South Korea to attend the concert. "I felt for BTS last year after watching their performance," she said, proclaiming her support for BTS member Suga. 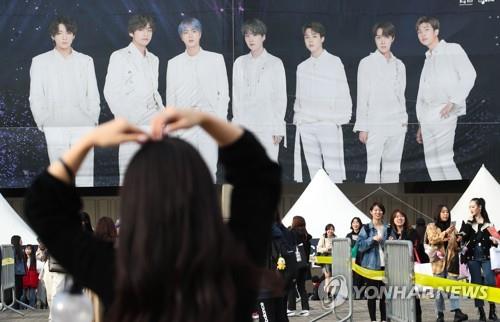 Photo walls and a photo studio allowing fans to take photos of themselves next to images of BTS members were some of the event zone's activities, set up on the fringe of the Saturday concert.

An assortment of dishes and fan merchandise were on sale in separate food and beverage and merchandise zones.

In a major bid to ease the hassle of waiting in long lines, Big Hit has been harnessing mobile applications -- Weverse and Weply -- for ticket holders to navigate the concert venue as well as the surrounding event zones.

Fans were shown the expected waiting time for each service in the event zones, as well as for admission to the stadium, drastically cutting down the often long periods spent waiting in lines.

This also helped fans save time going through the required process of verifying their ID and shopping for BTS merchandise, an upgrade of the concertgoing experience envisioned by Big Hit in August in its corporate vision briefing. 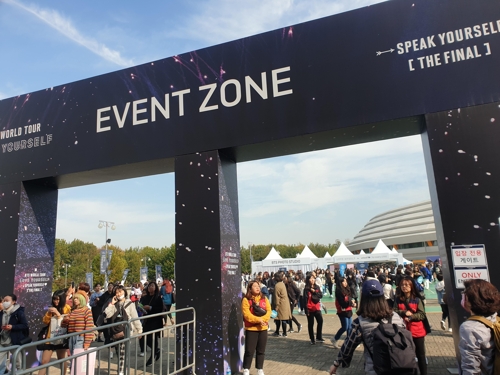 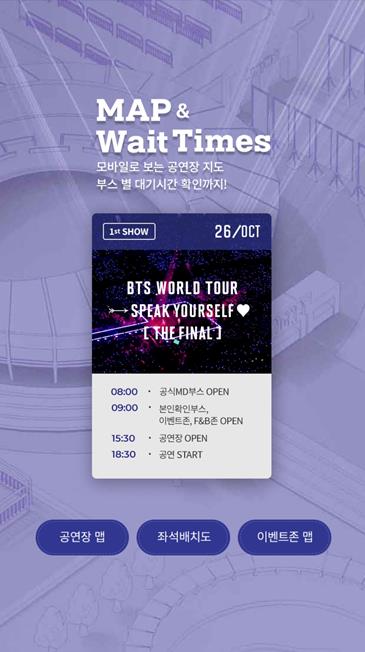 Weverse, principally a communication app between fans and the seven BTS members, has been abuzz with delighted fans since Saturday, as concert ticket holders shared their excitement and photos of the concert scenes with other fans.

The special event zones will stay in place till Tuesday, when the Jamsil stadium area will again erupt as BTS stages the very last concert of the world tour in which the septet dazzled more than 1 million fans in over 20 cities in Asia, North America and Europe, as well as Saudi Arabia. 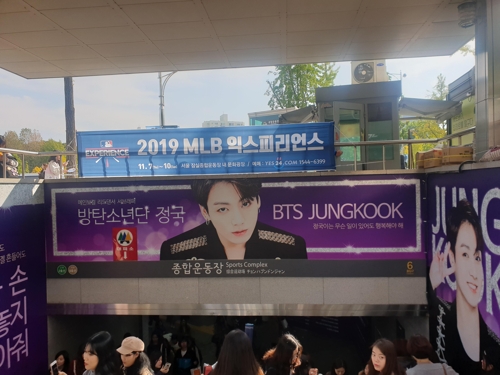