SEOUL, Oct. 28 (Yonhap) -- Prosecutors on Monday demanded jail terms of up to four years for Samsung Electronics Co. and Samsung BioLogics Co. executives on suspicion of destroying evidence in relation to allegations of accounting fraud at the country's biggest conglomerate.

"It is the biggest crime of evidence destruction in the history of South Korea given the number of people, the duration (of the crime) and the number of destroyed documents," prosecutors said in a hearing held at the Seoul Central District Court in southern Seoul.

"Executives at Samsung, which is known as a leading global company, committed a massive crime that gave irrevocable wounds to our society ... Despite having committed a severe crime ... they continue to make up excuses, relying on the power of the big corporation behind them." 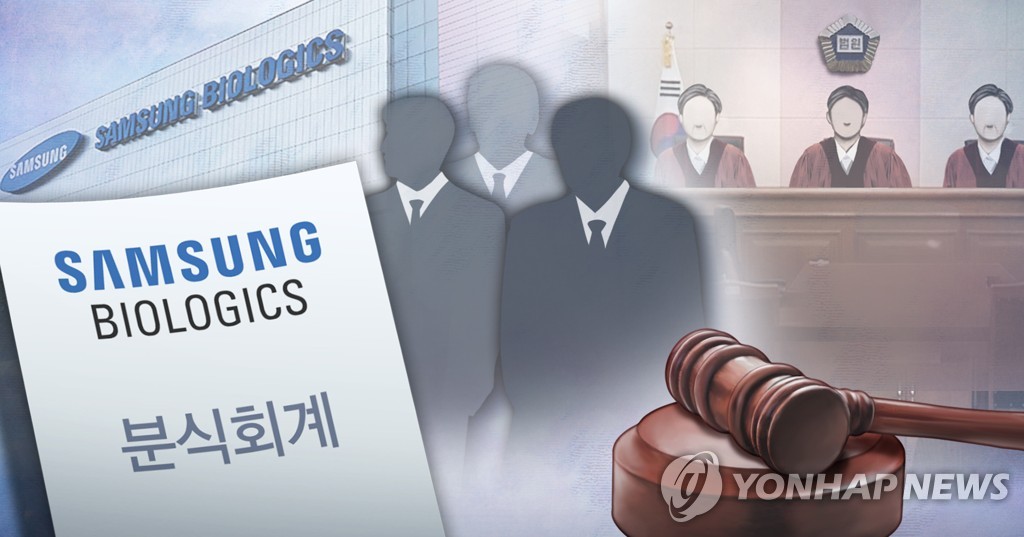 Prosecutors demanded a four-year prison sentence for a vice president in charge of funds at a Samsung Electronics task force and 3 1/2-year terms for vice presidents responsible for security and parts strategy.

They demanded shorter jail terms, from one to three years, for executives and lower-ranking employees at the group affiliates.

Prosecutors and financial market regulators suspect that Samsung BioLogics, a contract drug manufacturer, inflated its valuation by approximately 4.5 trillion won (US$3.84 billion) in 2015 after fraudulently changing the method used to calculate the value of its stake in Samsung Bioepis, a joint venture with U.S.-based Biogen Inc. After the accounting method changed, Samsung BioLogics swung to a profit.