SEOUL, Oct. 28 (Yonhap) -- Two major South Korean duty free stores said Monday they have suspended sales of flavored e-cigarettes, following the government's warning against the use of such vaping products due to rising health concerns.

The move came days after the government warned that vaping products could cause serious lung illness or death.

After the government warning, local convenience stores, including GS25 and E-Mart, have cleared such vaping products from shelves.

A total of 36 e-cigarettes by 11 tobacco companies have been sold in South Korea, while unregulated vaporizing products made of nicotine stem and root are known to be available on the black market. 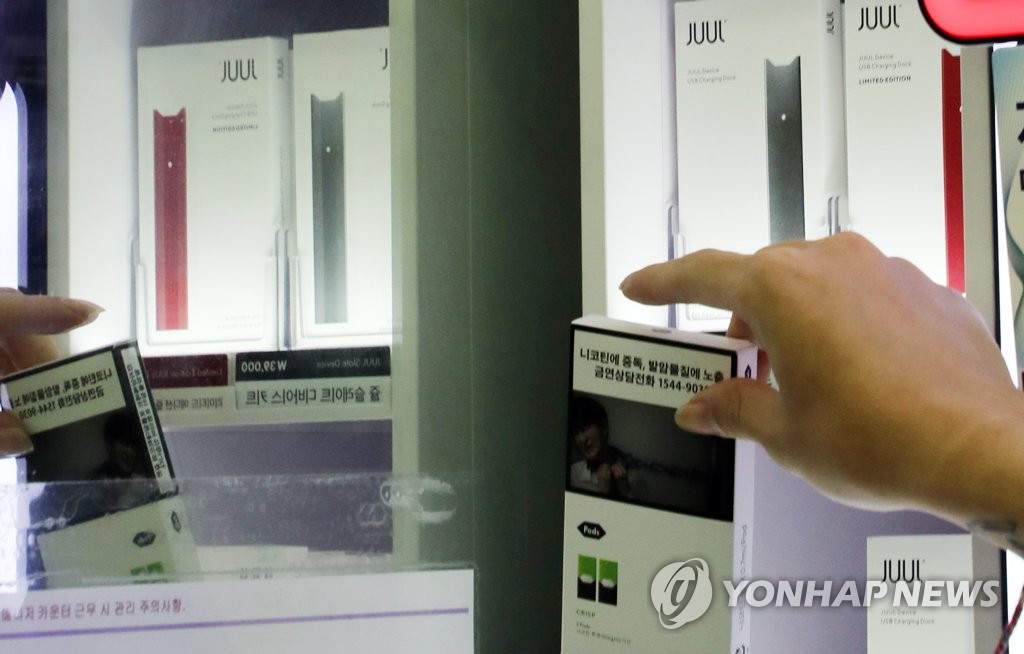 The U.S. Centers for Disease Control and Prevention has recommended against using e-cigarettes following vaping-related lung injuries in the U.S. that have sickened more than 1,400 people and killed 33.

American retail giant Walmart has stopped selling e-cigarettes, and several retailers have announced plans to restrict the sale of flavored vaping products, with critics saying the flavors target young people and get them hooked on nicotine.

"Looking back at the horrendous humidifier disinfectant incident, we know that it would be too late to deal with (e-cigarette use) only after its health risks are fully verified," Park told lawmakers during a parliamentary audit. "We will promptly unveil the harmful effects of (e-cigarettes) as soon as possible, while advising people not to use them in the meantime."

A government-led investigation revealed a connection between scores of people who died of lung problems and the chemicals used to clean household humidifiers. A Seoul-based civic group said it has confirmed a total of 6,210 victims, including 1,359 deaths, in connection with the humidifier disinfectant scandal as of last November.