Hyundai Heavy said it recently received the approval notification from the Kazakh Committee on the Protection and Development of Competition of the Ministry of National Economy.

Hyundai Heavy said its acquisition deal is currently being reviewed by antitrust regulators in South Korea, Japan, China, Singapore and the European Union.

The group said it plans to submit an application to the European Commission in the coming weeks for review of the proposed takeover. The EU is considered one of the toughest places to earn regulatory approval.

In March, Hyundai Heavy signed a formal deal, worth an estimated 2 trillion won (US$1.7 billion), with the state-run Korea Development Bank (KDB) to buy Daewoo Shipbuilding. The bank is the largest shareholder of Daewoo Shipbuilding, with a controlling 55.7 percent stake in the company.

Winning regulatory approval from domestic and foreign corporate regulators has been regarded as a key hurdle facing Hyundai Heavy's efforts to complete the acquisition of Daewoo Shipbuilding, since the tie-up of the two major shipyards could reshape the global shipbuilding landscape with their dominant market position.

An objection from one country or the EU could derail Hyundai Heavy's bid to bring Daewoo Shipbuilding under its wing.

Hyundai Heavy is based in Ulsan, and Daewoo Shipbuilding is located in Geoje, South Korea.

In March, Andreas Mundt, President of Germany's Federal Cartel Office, told South Korean reporters that a key issue in deciding the fate of the acquisition deal is whether the contract restricts competition.

Ricardo Cardoso, spokesperson for competition at the European Commission, told the South Korean reporters that the continuation of competition and the deal's implications for consumers are key factors in whether to endorse the acquisition. 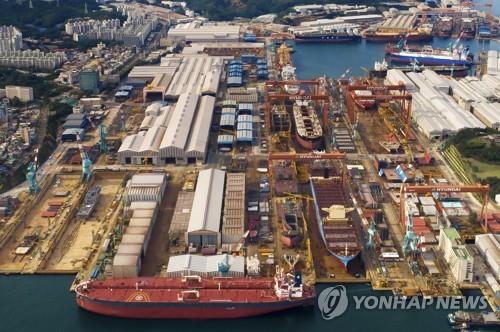