And the last pitch he threw in his 18-year career in the Korea Baseball Organization (KBO) clinched a title for the Doosan Bears on Saturday.

Bae said Tuesday that he'd thanked his Bears teammates over dinner the previous night for sending him out on a high note and that he'd also informed the coaching staff.

"That was my retirement announcement," Bae said. "I have no regrets whatsoever." 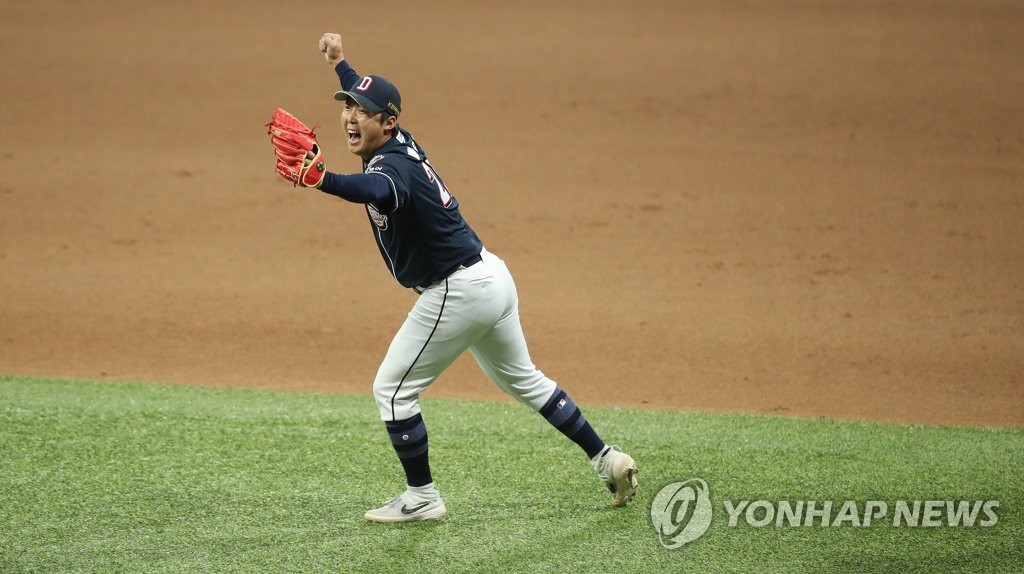 In what will go down as his last game, Bae came on with one out in the bottom of the 10th inning in Game 4 of the Korean Series against the Kiwoom Heroes on Saturday. The Bears were leading 11-9 and were two outs from completing the four-game sweep of the Heroes. Bae struck out Park Byung-ho and then retired Jerry Sands on a soft grounder back to the mound. Bae fielded the ball and tossed it to first base to clinch the Bears' sixth championship and his eighth title.

Bae was drafted by the Samsung Lions out of high school in 2000 and pitched for the club until 2014. During his time with the Lions, Bae won seven Korean Series championships and was voted the regular season MVP in 2004.

He pitched for the Hanwha Eagles from 2015 to 2018. He was cut loose after pitching in only 11 games last year due to multiple injuries. The Eagles suggested Bae retire, but the pitcher asked to be released so he could continue his career elsewhere.

Bae made just one Korean Series appearance and picked up a save in the title clincher.

"I pitched in the final game of the Korean Series, and I think this is the message from above that my time has come," Bae said. "Before the Korean Series began, I told my wife I felt like this would be my last one. And when I came home after we won the title, she got really emotional, knowing what I'd gone through. I think I finished my career the way I wanted to." 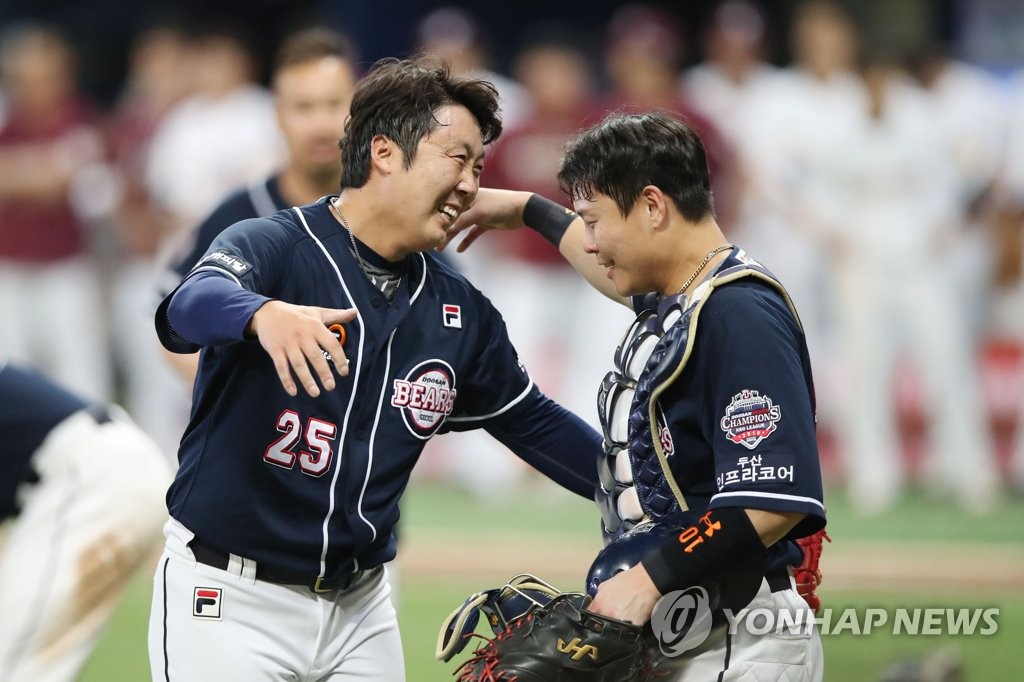 Bae missed the entire 2007 season following elbow surgery and he never again returned to being the power pitcher that he had been earlier. Bae said every season that followed the operation was a struggle for him, but he's happy to be going out on top with another championship to his name.

"It's a huge honor for me to be able to go out on my terms, after winning the Korean Series title," Bae said. "I want to thank fans of all the teams I've played for. Every time I have an opportunity to show my appreciation, I'll do that."

Bae said he turned down an offer from the Bears to serve as a player-coach because he wanted to leave the game entirely.

As for plans to hold a retirement ceremony, Bae said, "I don't think I deserve that kind of a sendoff."

"Right now, I just want to relax and not think about anything else," he said. "Now that I've decided to retire, I don't even want to exercise. I'll be spending time with my family."