The Bears, fresh off their 2019 Korean Series title, announced Tuesday they will bring back skipper Kim Tae-hyung on a new three-year deal worth 2.8 billion won (US$2.4 million). Kim will make 700 million won per season in salary and got a signing bonus of 700 million won. 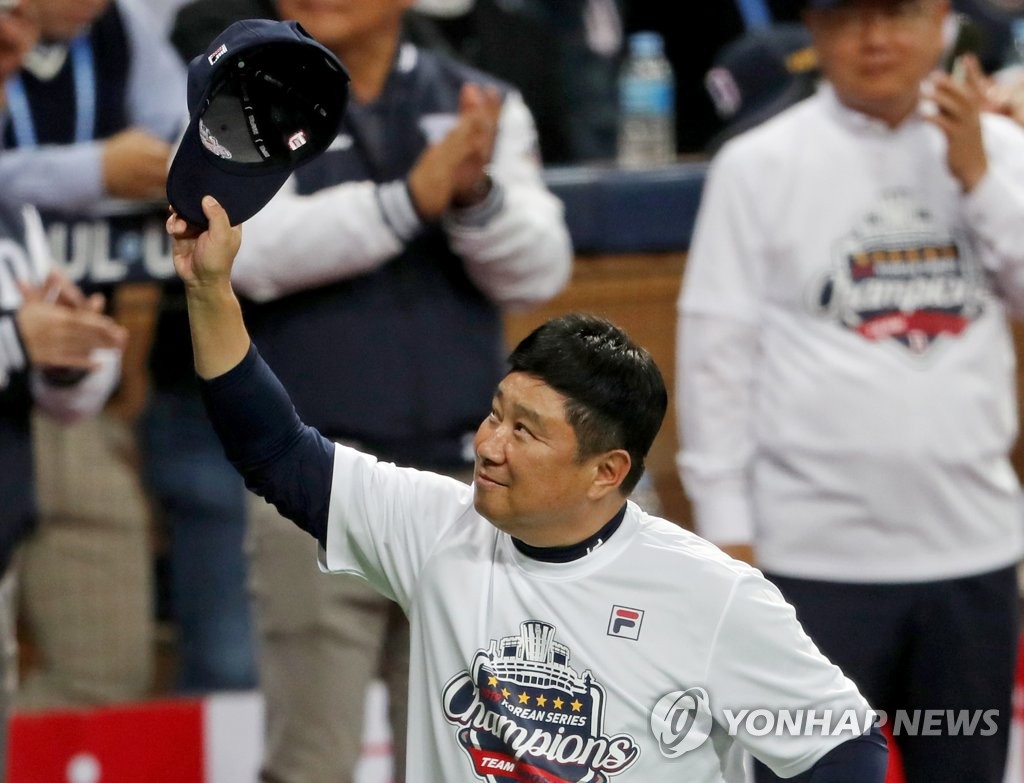 It's the largest contract for a manager in the Korea Baseball Organization (KBO). SK Wyverns' manager Youm Kyoung-youb held the previous record with his three-year, 2.5 billion-won deal he signed last November.

Kim, 52, took over the Bears after the end of the 2014 season. And they've played in the Korean Series every year during his tenure, winning it all in 2015, 2016 and 2019, and finishing in second place in 2017 and 2018. Kim is only the second manager in KBO history to reach five consecutive Korean Series with the same team and also the fourth manager to win at least three championships. 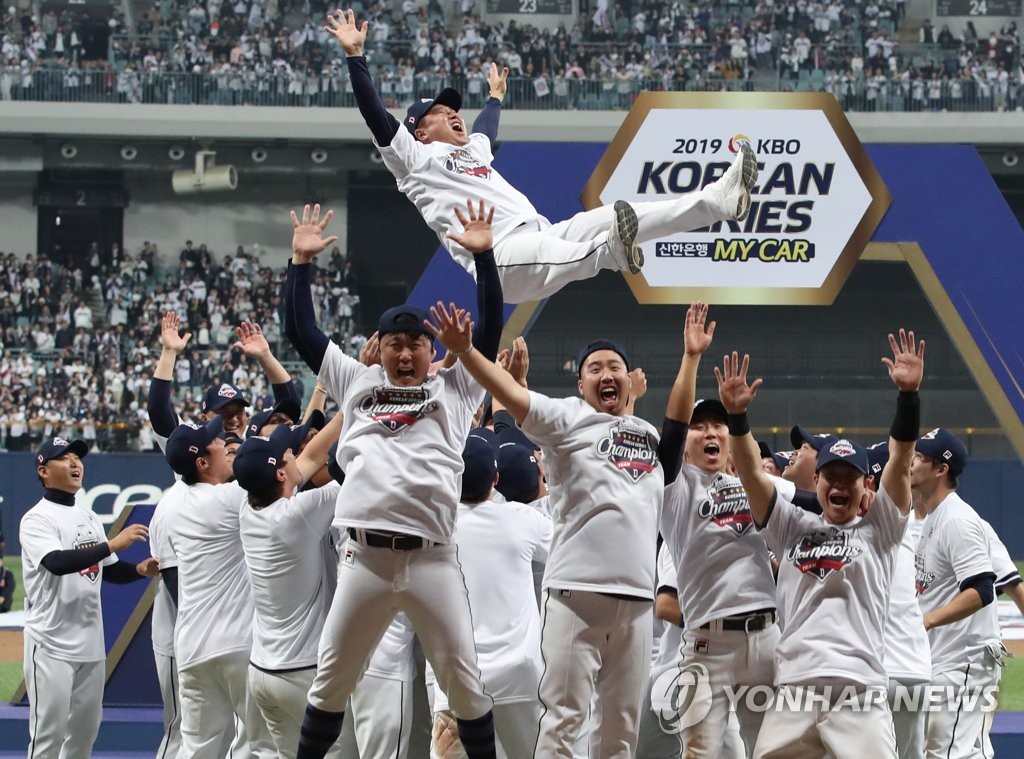