"If we didn't have the harsh censorship in the past, we may have advanced further about 30-50 years earlier," Kim Soo-yong, a 90-year old retired director who made more than 100 films, said in a press conference in Seoul. "We might have had great filmmakers like Bong Joon-ho 50 years ago."

Bong is currently one of the most sought-after film directors in the world after becoming the first South Korean to win the highest Palme d'Or award at this year's Cannes Film Festival for his black comedy "Parasite." 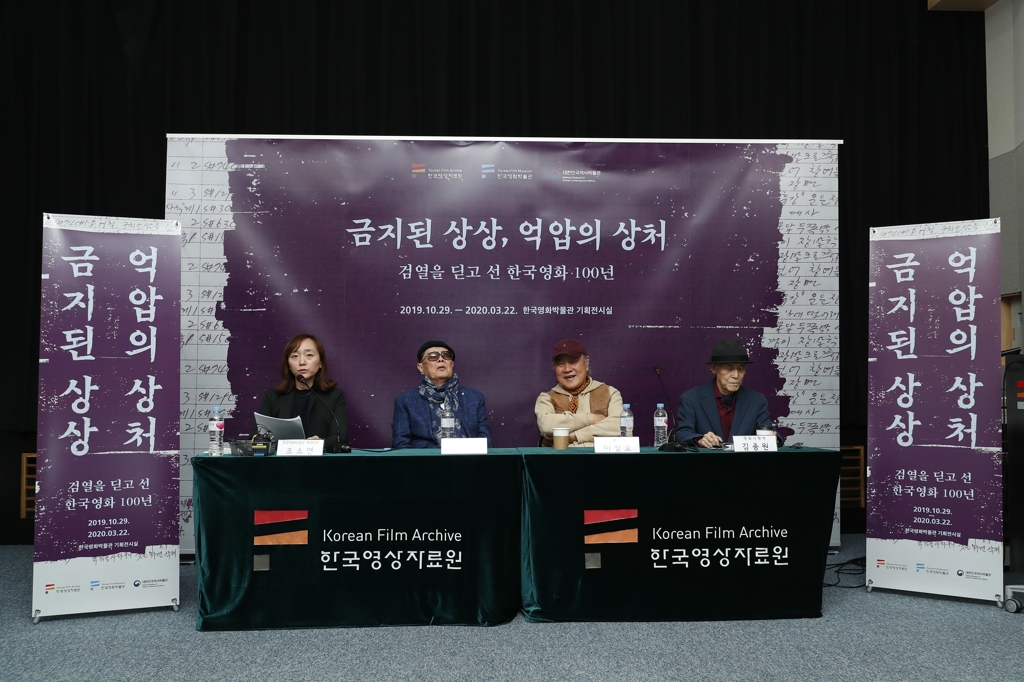 The press conference was held at the state-run Korean Film Archive in western Seoul to promote an exhibition on the centurylong history of film censorship in Korea, which opened Tuesday for a five-month run there.

Piles of government documents on film censorship are on display, along with interviews with directors and censors. Moreover, there are special screens to show expurgated scenes from well-known movies.

Since its birth under the 1910-1945 Japanese colonial rule, Korean film underwent strict government censorship over the past 100 years through the 1950-53 Korean War and military regimes.

Until the Constitutional Court ruled that state-led film censorship was unconstitutional in 1996, all movies had to pass scenario censorship before going into filming and after the movies were made. Now, motion pictures are just subject to a public rating procedure to check the suitability for certain audiences based on content.

Director Kim, who made a number of key films including "Scissors, Rock, and Wrap" (1977) and "Late Autumn" (1982) in the latter half of the 20th century, said most of his works had to be cut or were ordered to be revised by government censors.

"Since I made my first piece in 1958, the length of my films cut out by government officials might reach from Seoul to Busan, which is more than 300 kilometers," he said. "But I had to comply with their instructions. They didn't recognize diversity."

Lee Jang-ho, one of the most prominent filmmakers in South Korea, said most of his films had been shown after rounds of blue pencil, but he tried not to be conscious of censorship even before and during filmmaking.

"Censorship was kind of the natural course of things at that time," said the director, who made "Heavenly Homecoming to Stars" (1974), "A Fine, Windy Day" (1980) and "Eoudong" (1985). "But it is more dangerous to restrain yourself before making a film to avoid censorship."

Lee, who chairs the organization for commemorating the centennial birth of Korean film under the state-run Korean Film Council (KOFIC), said Korean movies have improved to a large extent after overcoming the dark history of government-led control and expurgation.

"For the past 100 years, Korean film has been struggling a lot but has risen to this level," he said. "We achieved prosperity bouncing back from the decadeslong hardship."