Moon was addressing a convention of Saemaul Undong (Movement) leaders nationwide held in Suwon, Gyeonggi Province. It marked his first attendance at the annual event since taking office in May 2017.

Moon asked the leaders to play a pivotal role in fostering national unity, co-prosperity and participation of local residents in various development programs.

"Saemaul Undong shouldn't be a movement of the past but a living one," he said during the event at Suwon Gymnasium. Saemaul in Korean means new village or community, and Undong means movement or campaign. 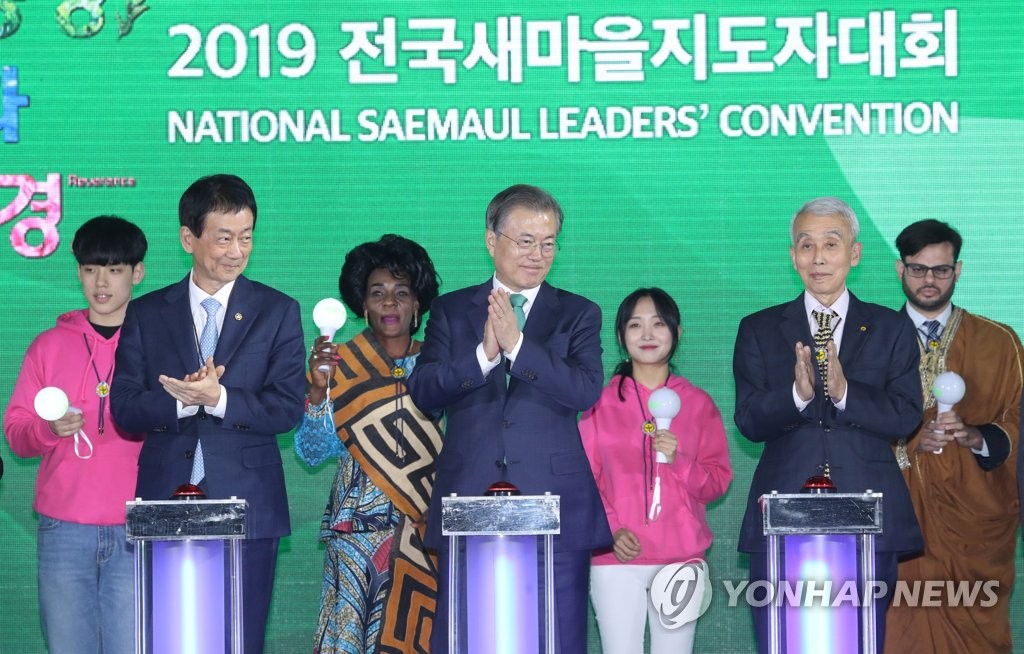 Around 5,200 people joined the event, including the ambassadors of eight foreign countries, including Tanzania, Zambia and Ethiopia, which have been seeking to learn from South Korea's Saemaul initiative.

It was launched in 1970 under the Park regime. It's credited with having prompted the rapid modernization of the country's rural areas and a reduction in the income gap with urban ones.

The rural village development program is based on the traditional sprit of diligence, self-help and community-based cooperation among Koreans.

"Beyond a 'well-to-do nation,' we are going on a new path toward a country where the people are rich all together," Moon stressed. "It's a path, to which Saemaul Undong leaders, who are at the center of sharing and cooperation, should lead."

The president welcomed a "historic shift" in the movement's goals of "life, peace and respect" through internal democratic procedures.

He pointed out that the community initiative has spread from villages to the whole nation and also to the world.

"The world is paying attention to the miraculous achievements of our Saemaul Undong," he added.

In 2013, UNESCO listed related archives as the Memory of the World Register.

Two years later, participants in the United Nations Development Summit recognized the initiative as an optimal way to fight against global poverty and hunger. 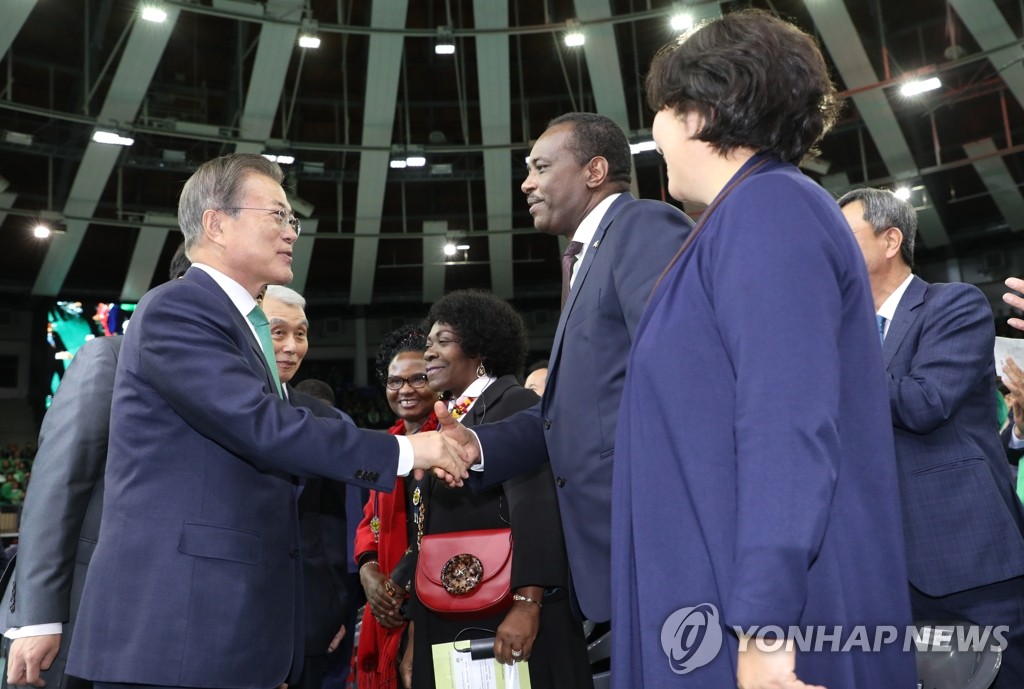 "With spread of the Saemaul Undong, we are helping developing nations get confident of affluence by sharing our experience in economic development," Moon said. "Going forward as well, (we) will continue support, as a responsible middle-power nation in the international community, so that the global community can be rich all together."

Starting in 2020, South Korea plans to expand a joint project with Laos on developing its rural community.

Trial villages will be established in Honduras this year, in Fiji next year and in Zambia in 2021, he added.

In particular, the South Korea-ASEAN special summit and the South Korea-Mekong summit to be held in Busan in November will serve as a chance for strengthening related cooperation with Southeast Asian countries, according to Moon.

The Saemaul movement is widely regarded as one of Park's key feats.

His daughter, Park Geun-hye, has gained enthusiastic support especially from those who have nostalgia for him. She was impeached in 2017 following months of massive candlelight vigils against her leadership and a corruption scandal involving her long-time friend Choi Soon-sil. The liberal Moon was elected in ensuing snap presidential polls.

Immediately after attending the event, Moon headed to Busan to visit his 92-year-old mother, who's in critical condition.