The film, directed by Todd Phillips, passed the threshold at noon on the 28th day of its run in South Korean theaters, Warner Bros. Korea said. It is soon expected to become the second most-viewed DC Comics-adapted film in the country after "The Dark Knight Rises," which was seen by 6.4 million people in 2012.

"Joker," the winner of the Golden Lion award at this year's Venice Film Festival, is about a failed stand-up comedian who turns to a life of crime.

It has racked up a total of US$278 million in North America alone. 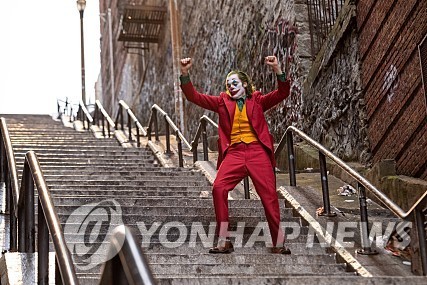