SEOUL, Oct. 29 (Yonhap) -- A taxi industry body urged Tada, a ride-hailing service, to terminate its business on Tuesday, a day after prosecutors indicted the company's heads on charges of running a transportation business without a license and declared the app-based business illegal.

In a joint press conference with independent lawmaker Kim Kyung-jin, Kook Chul-hee, chief of the Seoul Private Taxi Association, said "the prosecution's indictment brought the illegality of these taxi operators to light."

Kim and Kook also asked the government to suspend Tada's operation, which it claims has made a mockery of law and order, saying it would be dereliction of the government's duty if it did not do so.

The taxi drivers association filed a complaint against the two businessmen in February. 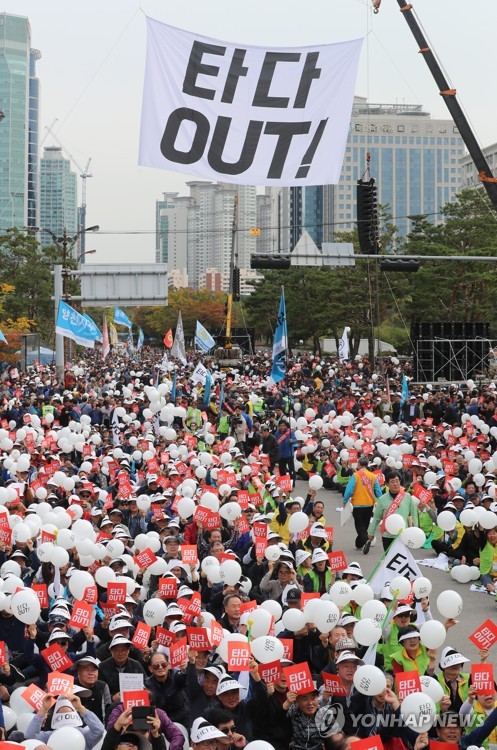