The designation will likely take effect next year following consultations among U.N. member states, and would mark the first time the U.N. has established an international day at South Korea's proposal.

Cho Hyun, Seoul's new ambassador to the U.N., hailed the significance of the move.

"It will heighten world awareness (of climate change) and create a platform to support it," he told reporters at the mission in New York.

South Korea has submitted a document outlining the purposes of Blue Sky Day, and all member states have so far expressed their approval.

The decision is expected to be finalized at the U.N. General Assembly this year. 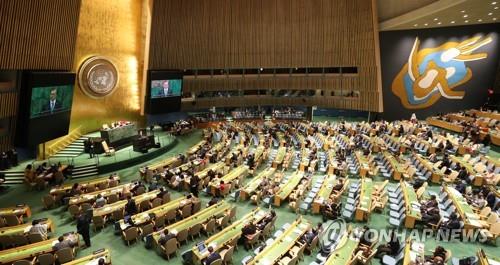