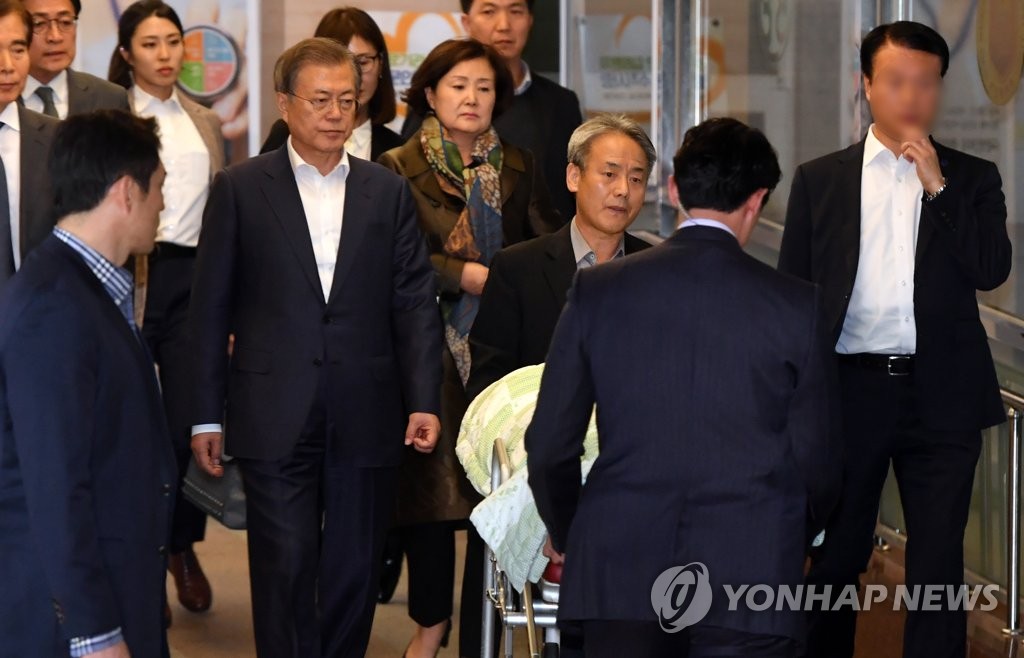 He politely asked Cheong Wa Dae, government officials and politicians not to make condolence calls or send flowers. He said he wants them to focus instead on state affairs as usual.