BUSAN/ULSAN, Oct. 30 (Yonhap) -- When South Korea vowed to reduce heavy reliance on nuclear power in favor of renewable energy sources with the retirement of the Kori-1 reactor in 2017, a key question rose to the surface -- how can a reactor be decommissioned safely?

The retirement of South Korea's oldest nuclear reactor is significant as it not only symbolizes the country's shift towards new energy sources, but also the birth of the nuclear-plant decommissioning industry.

The reactor, located on the northern outskirts of Busan, was a major state-led project as South Korea was struggling to rebuild from the ashes of the 1950-53 Korean War.

In a sign of importance, the budget to build the Kori-1 unit was estimated at 156 billion won (US$133 million), which accounted for around 30 percent of South Korea's annual budget at that time.

After four decades of service, most of the facilities in the Kori-1 reactor are now shut off.

Various buttons, keys and monitors in the main control room are now labeled with "closed permanently" stickers. A smaller number of staff members are now left in the monitoring room to ensure that the reactor is maintained intact and safe until it is fully dismantled.

Despite the silence, the state-run Korea Hydro & Nuclear Power Corp. claims that the role of the Kori-1 unit has become more crucial than ever.

While the process to fully dismantle the Kori-1 reactor is expected to take around 15 years, South Korean energy officials say the reactor will still serve as a milestone for the country's decommissioning industry.

"Through the Kori-1 reactor, we were able to build our strength in the nuclear industry. This place served as an academy to foster different experts in the field," said Kwon Yang-teak, who currently heads the reactor. "We are now moving on to the next phase to beef up capabilities in the decommissioning industry."

South Korea believes its decommissioning industry will begin its full-fledged growth starting with the dismantling of the Kori-1 reactor, which is expected to begin in 2022 after going through legal procedures as well as negotiations with residents nearby.

"This is not just about the Kori-1 unit. South Korea can become a role model of the decommissioning industry via know-how accumulated through the unit," added Kwon, who worked at the reactor for 30 years. 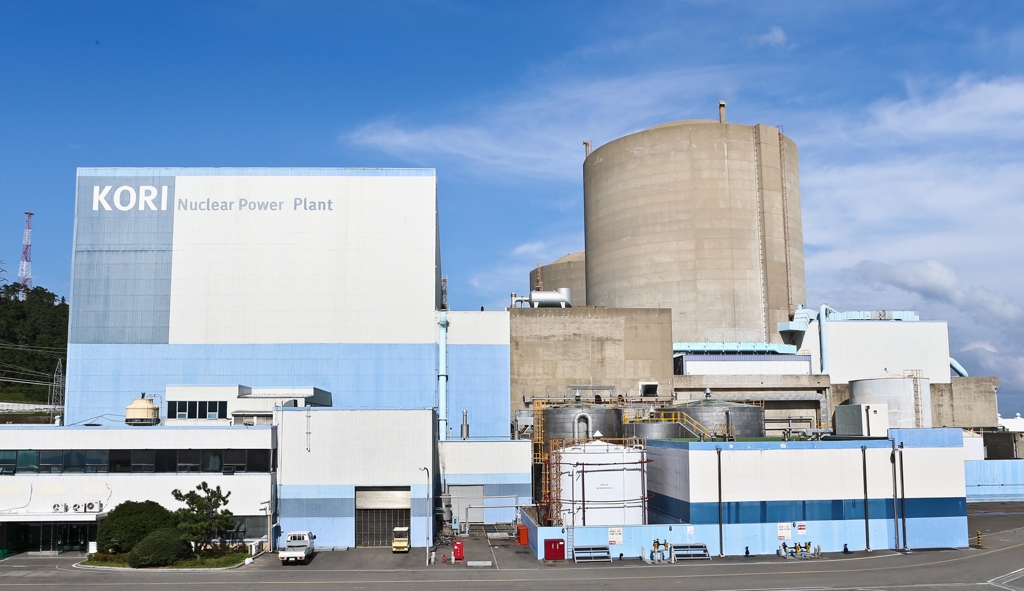 The South Korean government earlier announced a blueprint to become one of the top five global players in the nuclear-decommissioning industry by the mid-2030s.

"South Korea is one of the major players in the global nuclear energy industry, as proven by the construction of APR-1400 reactors in the United Arab Emirates. The country has potential in the decommissioning segment as well," another official at the Kori-1 unit said.

The combined size of the South Korean market for the nuclear reactor decommissioning industry is calculated at 22.5 trillion won, an estimate from the energy ministry earlier showed.

Under Korea Hydro & Nuclear Power's (KHNP) calculation, the combined size of the global nuclear plant decommissioning industry is estimated at 549 trillion won over the next century.

The energy ministry claims the nuclear decommissioning industry will become a new growth engine of South Korea and vowed to account for around 10 percent of the global market in 2035.

"Through the decommissioning project of the Kori-1 reactor, South Korea will step into the industry and build up its capacities in the field," Choe Teuk-ki, a director of Safety Management Office at the Kori-1 reactor, said, claiming the country can reach out to overseas projects on the back of the experiences gained through the unit.

The Moon Jae-in administration, which set sail two years ago, has been seeking to revamp the country's efficiency-oriented energy portfolio, vowing to utilize more environment-friendly sources such as solar, wind and hydrogen to seek sustainability as well.

Critics claim that what they call the "phase-out" policy will eventually lead to higher costs in power generation and utility bills.

The latest blueprint, however, does not mean that South Korea will break away from nuclear energy immediately.

The Shin Kori-4 unit went into its commercial operation in August just near the Kori-1 unit.

Two new reactors, the Shin Kori-5 and Shin Kori-6, are also under construction near the Kori-1 and are set to be completed in 2023 and 2024, respectively. Around 50 percent of the construction, which began in 2016, has been completed as of October.

When no additional nuclear plants are built, they will eventually be the last reactors to run in South Korea. They still will, however, run for decades to come.

Thus, rather than just focusing on reducing the number of reactors, South Korea is currently focusing on building up its capabilities throughout the life cycle of reactors.

"The reactors that were built from the 60s to 80s will start to retire after 2020," another official from KHNP said. "To expand our presence in the market in advance, we are working on securing related technologies under cooperation with the government. This is a long-term project."

"Safety comes as the top priority when it comes to all cycles of the nuclear energy industry, including construction, operation, maintenance and decommissioning," Chung Jae-hoon, who heads the KHNP, said. "We plan to be sure to apply the utmost safety standards on the decommissioning of Kori-1, as well as the operation of Shin Kori-4 and the construction of Shin Kori-5 and 6." 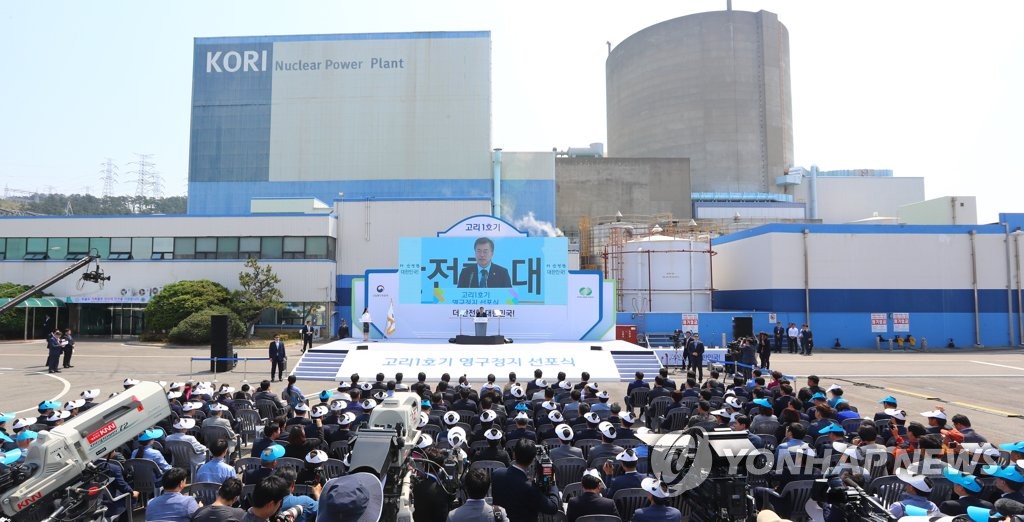