Under the project worth 31.6 billion won (US$26.94 million) that began in 2015, the Defense Acquisition Program Administration (DAPA), along with local defense firm LIG Nex1 Co., developed the new Maritime Surveillance Radar-II to replace the country's aging units.

The new system boasts of improved detection capabilities by analyzing direction and distance of objects more precisely, and the smaller size and less power-consuming design give it a higher level of stability, DAPA said, adding that the radome structure protects its surface from the effects of environmental exposure.

In September, one radar was put into operation, with the military to secure around 10 units by 2025 in phases, the agency noted.

"Its successful development is expected to strengthen our Navy's defense capabilities against security threats from all directions, and to enhance our industrial competitiveness," DAPA said in a release.

Calls have grown over the necessity to beef up the country's maritime surveillance, particularly after the military failed to detect a small wooden boat carrying four North Koreans until it arrived at a South Korean port undetected in June. 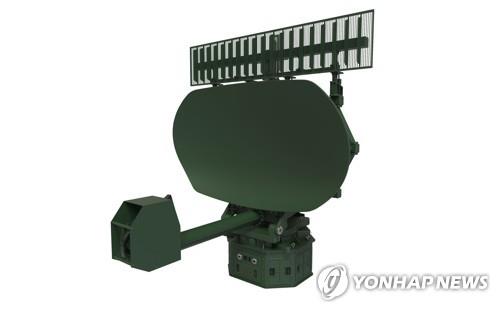