Seoul has also been reviewing "creative solutions" to propose to the North, including individual visits to the mountain, to prevent the complete closure of the joint project at a time when a full-fledged resumption of the project is unlikely due to U.N. sanctions on Pyongyang.

On Wednesday, Unification Minister Kim Yeon-chul suggested that individual trips could be an option.

"Safety of tourists is the most important issue in individual visits. We will be able to find detailed ways to realize such visits once inter-Korean consultations take place," the minister said during a parliamentary session.

He also said that jointly developing a special tourism zone on the east coast, as was agreed by President Moon Jae-in and the North's leader during their summit in September last year, could be an agenda during the proposed meeting.

Asked whether Hyundai Group Chairwoman Hyun Jeong-eun could visit the North to discuss the issue amid Pyongyang's refusal to have a face-to-face meeting with the South, the minister said the government is in talks with the company, with "various possibilities open."

Hyundai Asan Corp. is a South Korean firm that owns a 50-year license for the Mount Kumgang tour business.

"We will do our best to make sure that the North does not take unilateral action," he said.

Moon and Kim agreed in September last year to resume the tour program and the Kaesong industrial park as soon as conditions are met. But the two projects have remained stalled amid the little progress in the North's denuclearization negotiations with the United States. 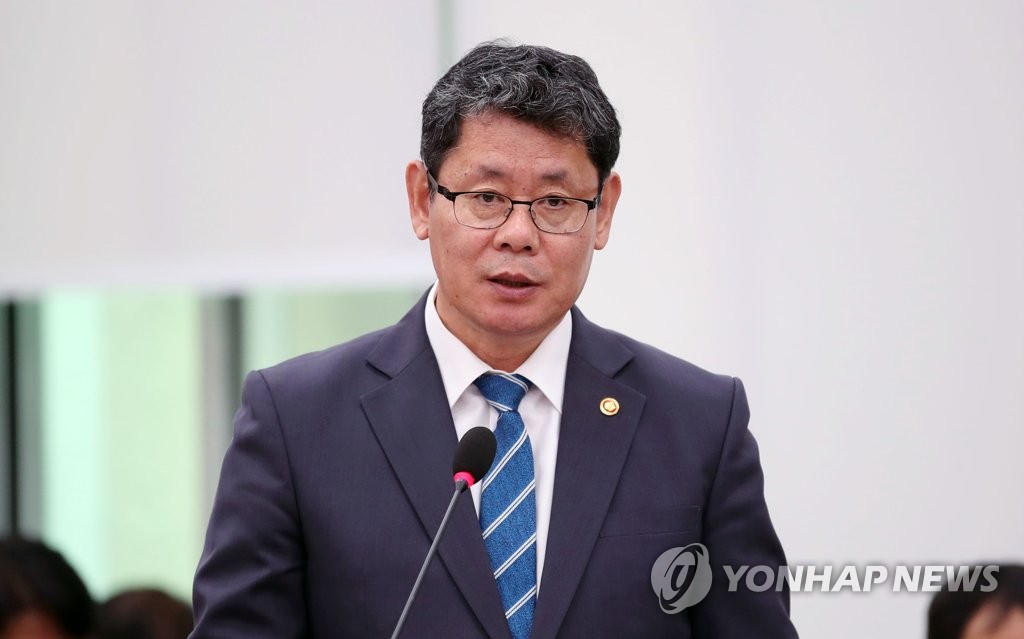