Air Busan plans to add three A321neo and two A321neo LR (Long Range) planes to its fleet in 2020 in order to serve its existing and upcoming routes, the company's President and Chief Executive Han Tae-keun said.

"In particular, we are targeting to provide flights to mid-haul destinations such as Singapore, India's Delhi and Indonesia's tourist island of Bali next year as the A321neo LR is capable of reaching the destinations," Han said in a press conference. 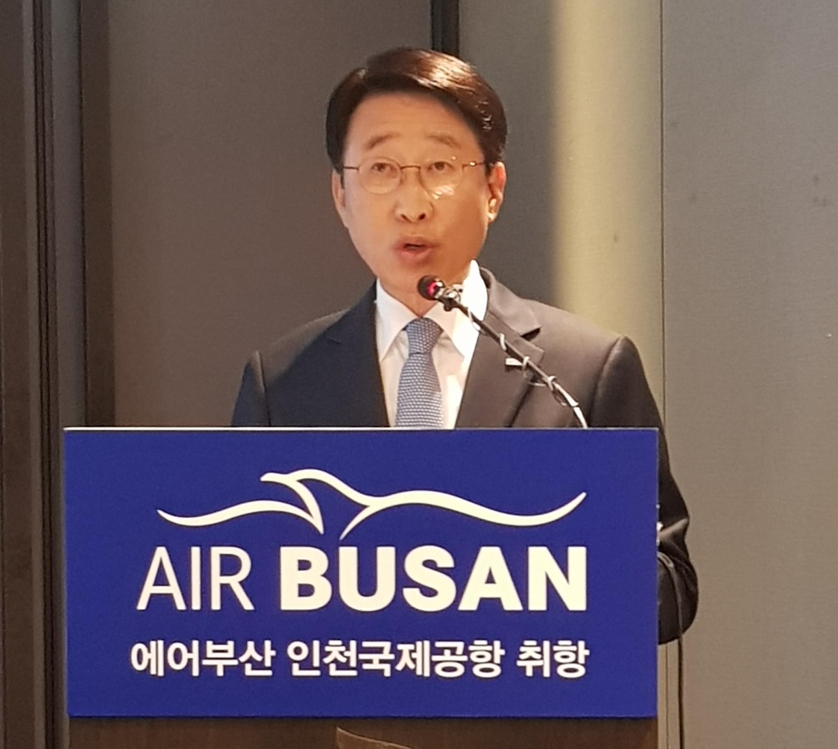 Such midrange destinations have been accessible through flights offered by full-service carriers such as Korean Air Lines Co. and Asiana Airlines Inc.

Air Busan expects positive results in planned aviation talks between Korea and other countries on the sidelines of next month's summit between South Korea and the Association of Southeast Asian Nations (ASEAN).

To offset lower demand on Japanese routes amid a trade row, Air Busan will begin services on five new routes between Incheon in South Korea and five cities -- Ningbo, Shenzhen and Chengdu in China, Kaohsiung in Taiwan and Cebu in the Philippines -- next month. It will add two 195-seat A321ceo planes on the five routes, the company said.

Local airlines have been diversifying their routes by reducing the number of flights to Japan since August and instead increasing flights on non-Japanese routes as they expect travel demand to Japanese cities will continue to remain weak for the time being.

In July, Japan tightened regulations on exports to South Korea of three high-tech materials crucial for the production of semiconductors and displays. In August, Japan removed South Korea from its "whitelist" of countries given preferential treatment in trade procedures.

Air Busan posted a net loss of 23 billion won (US$20 million) in the January-June period after reporting a net profit of 20 billion won for the whole of 2018. Last year, it earned 28 percent of its overall earnings from the Japanese routes.

Looking ahead, the president expected an oversupply in the market as low-cost carriers are launching more flights on non-Japanese short-haul routes and tough competition with full-service carriers on mid-haul routes.

"To compete with Korean Air and Asiana on mid-haul routes, we are planning to cut costs and provide flight services at competitive prices to woo customers," he said.

Air Busan currently serves on six domestic and 32 international routes. And it operates a fleet of 26 chartered planes, which are composed of 18 A321-200s and eight A320-200s. It has mainly served routes to Guam, Japan, China and Southeast Asian countries.

Asiana Airlines Inc. owns a 44 percent stake in Air Busan, with the Busan metropolitan city government controlling 5.02 percent and others the remainder. 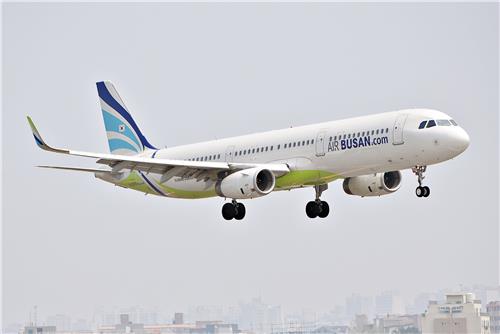