SEOUL, Oct. 30 (Yonhap) -- Hundreds of people, including victims of Japan's forced labor during World War II, held rallies in Seoul on Wednesday demanding Tokyo's apology, marking the first anniversary of a landmark ruling that soured ties between the two countries.

While victims and families welcomed the decision, it strained Korea-Japan relations, developing into a trade war and eventually spilling over into other areas like defense as South Korea in August decided to terminate a military intelligence-sharing pact with Japan.

The General Security of Military Information Agreement (GSOMIA), a key tool for trilateral cooperation among Seoul, Washington and Tokyo, will expire in November. 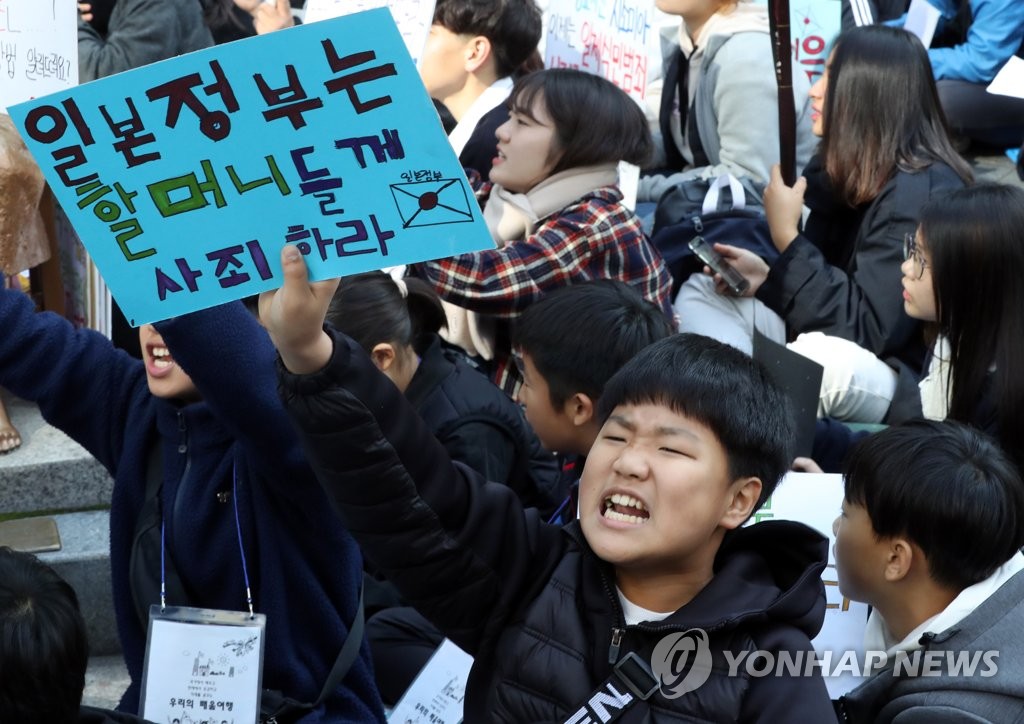 Participants at the weekly "Wednesday rallies" called for Japan's acknowledgment of its war crimes, official apology and legal compensation to the victims.

"One year ago, South Korea's judicial system asked Japanese firms to compensate victims of forced labor. It was a response to the victims' request for justice as well as a reasonable principle of law," said Yoon Mi-hyang, president of the Korean Council for Justice and Remembrance, a civic group representing victims of sexual slavery.

Yoon said "true liberation" will only come if the Japanese government officially apologizes and legally compensates victims of wartime atrocities.

Around 800 elementary and middle school students also took part in the weekly rally held in front of the former compound of the Japanese Embassy in central Seoul every Wednesday, according to organizers. 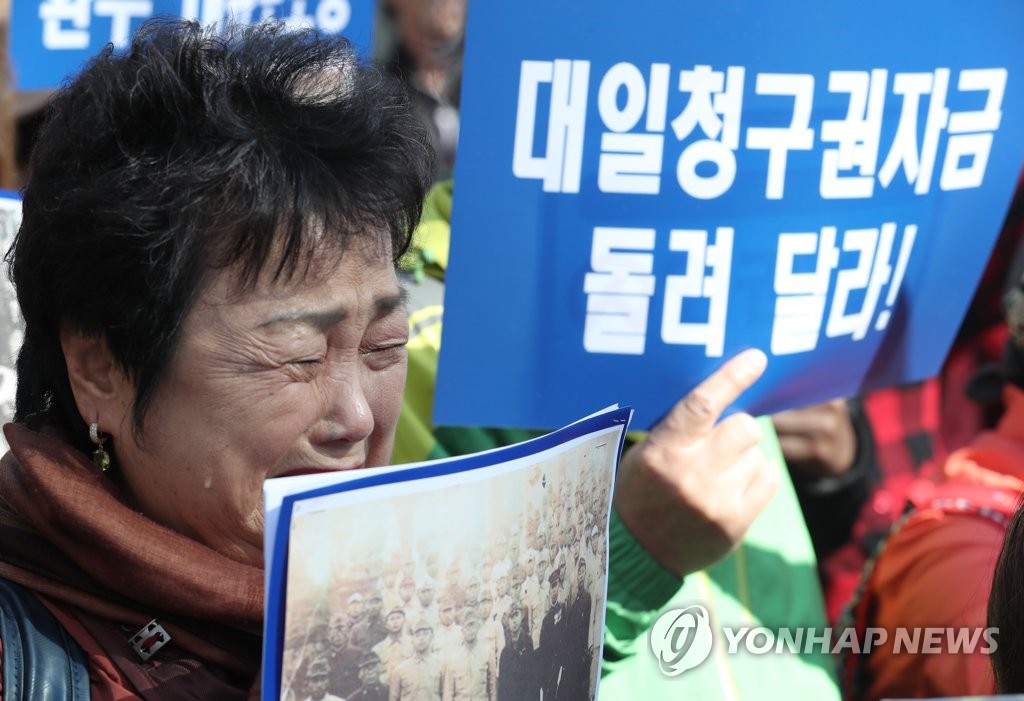 "We hoped and waited for Korea and Japan to peacefully resolve the problem following the Supreme Court ruling. But it's deplorable how the two countries are using it as a political means rather than resolving the issue," they said.

The participants called for Seoul to step up efforts to resolve the issue, asking the government to first compensate the victims and establish a foundation. 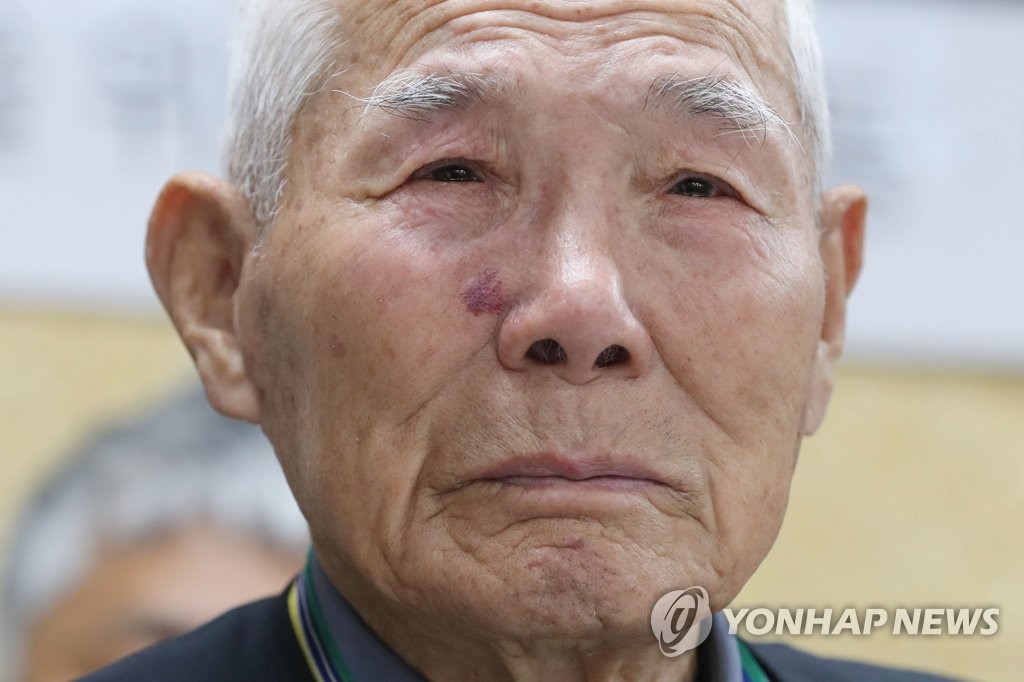 A group of progressive lawyers, meanwhile, said they have submitted a petition asking the United Nations to intervene in the resolution process.

Minbyun, or Lawyers for a Democratic Society, held a press conference in Seoul at which participants anticipated that the petition will induce the U.N.'s direct intervention in the issue.

The organization said they plan to stage additional action, including filing lawsuits with the International Labor Organization against the Japanese government and Japanese companies and collecting autographs from 1 million supporters.

In November, the Supreme Court also ordered Mitsubishi Heavy Industries, Ltd. to compensate 10 Koreans who worked at its shipyard and other production facilities in Hiroshima and Nagoya in 1944 without pay and a bereaved family member of another victim in two separate suits.