SEOUL, Oct. 30 (Yonhap) -- Doosan Bears' manager Kim Tae-hyung has had a charmed season. His team just won the Korean Series as the champions of the Korea Baseball Organization (KBO) in 2019, and as a reward, the Bears made him the highest-paid skipper in the league. They handed him a three-year extension worth 2.8 billion won (US$2.4 million), including a signing bonus on Tuesday.

At a press conference on Wednesday, Kim said his managerial philosophy hasn't changed a bit, even as his bank account has gotten fatter. 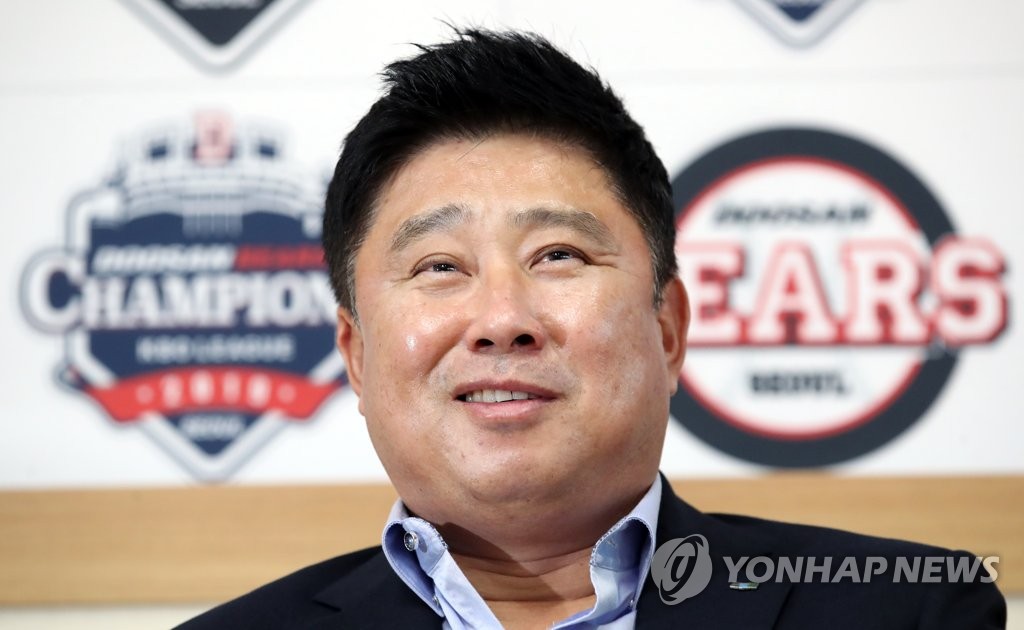 "There's no right answer to how to be a baseball manager. You just have to produce results," Kim said at the Bears' home park, Jamsil Stadium in Seoul. "Whatever the process may have been, people will find out after the manager has left. And while the manager is still in the dugout, only the results matter.

Kim, 52, said he feels his perspective as a baseball man has broadened over time.

"During the first season, all I thought about was winning," he said. "But I've realized there's so much more to being a manager than winning ball games."

He said he pushed his players hard in his first two seasons, but he has since let the players take care of their own business. Even when the Bears were in danger of falling out of the top three during the 2019 regular season -- they clinched first place on the last day of the season on Oct. 1 -- Kim said he tried not to get impatient with them.

Kim even acknowledged that there were games when he decided to pull his regulars early because he felt the outcome was already decided, so that the players could get ready for the next game.

"The way we play baseball, we don't worry about what the opponents think," Kim said. "Fans may get angry if we take out starters early, but if we get too conscious of criticism, it doesn't do us any good. We have to keep a close eye on where our players are physically and run the team accordingly." 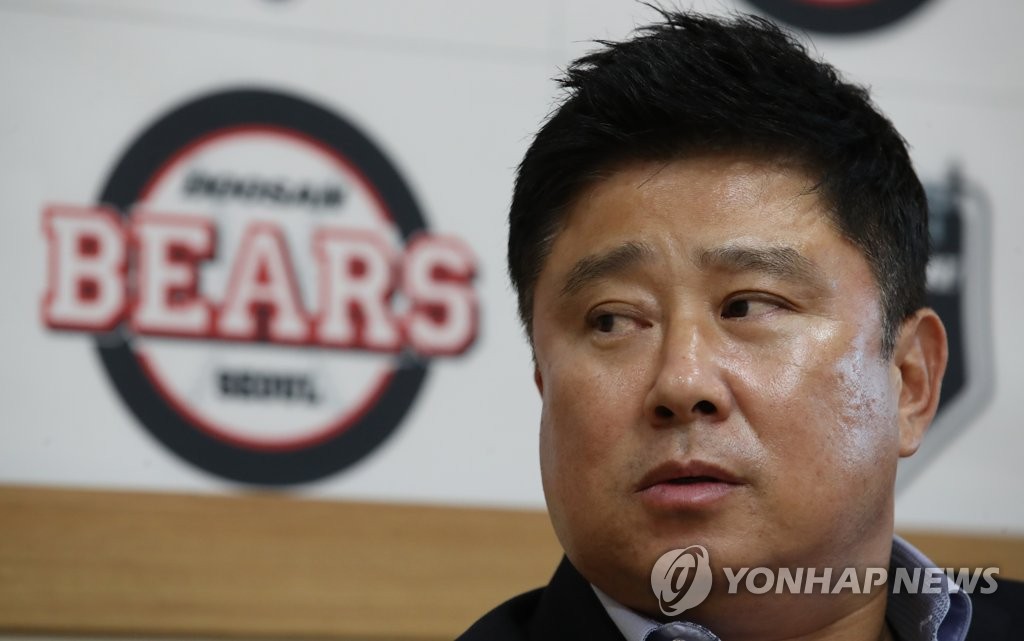 Kim has won a Korean Series title as a player, coach and manager of the Bears. He was far from being a star as a player in the 1990s -- the backup catcher was a career .235 hitter with nine home runs in 827 games -- but few managers have enjoyed as successful a five-year run as Kim has.

"I've been blessed with a great team and great players," Kim said. "I've been fortunate from the beginning."

Kim said capturing the regular season title in the season finale in walk-off fashion has stayed with him longer than the Korean Series-clinching game this year.

"One day after winning a championship, I just got this empty feeling," he said. "It was the same when we finished in second place."

Asked what he'd like to accomplish over the duration of his new contract, Kim said, "All our fans want is for us to win. I'd like to keep our team in title contention."

Highest-paid manager in S. Korean baseball is all about results, not process

Highest-paid manager in S. Korean baseball is all about results, not process