SEOUL, Oct. 30 (Yonhap) -- The ambassadors of the United States, China, Russia and Japan offered their condolences to President Moon Jae-in on Wednesday over the loss of his mother.

Chinese Ambassador to South Korea Qiu Guohong and Russian Ambassador Andrey Kulik arrived at Namcheon Catholic Cathedral in Busan at around 5:10 p.m., according to a pool report.

About 10 minutes later, they entered a mourning station for Kang Han-ok, who died from a chronic illness Tuesday at the age of 92.

Then, Japanese Ambassador Yasumasa Nakamine and the U.S. Ambassador Harry Harris went into the building.

The four envoys left together at around 5:55 p.m. 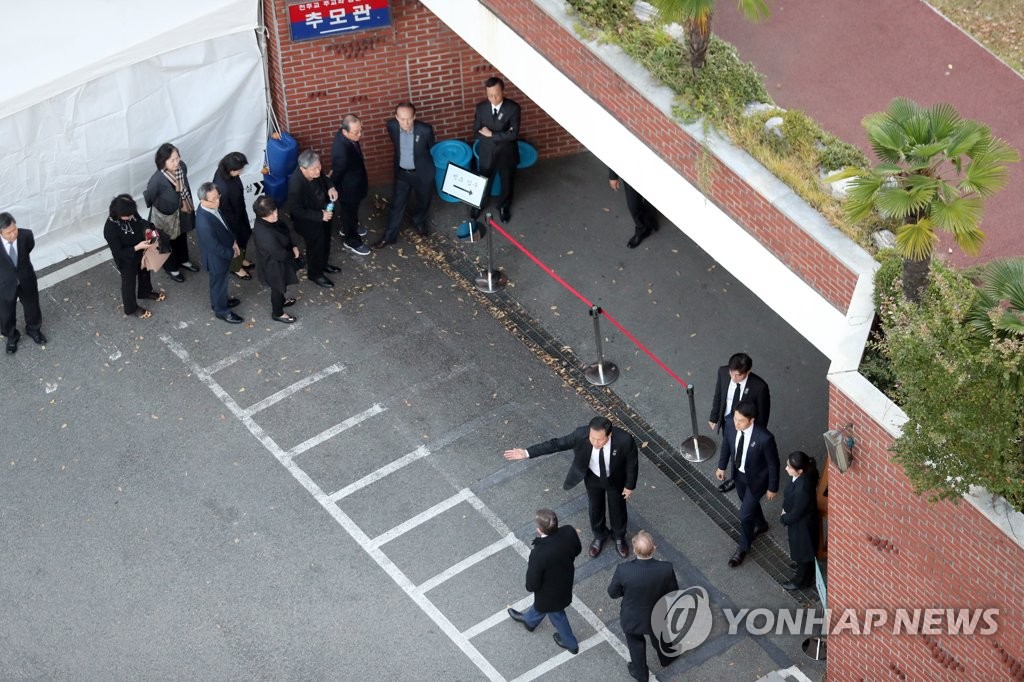 After the ambassadors paid their respects, President Moon had conversations with each of them, the official said.

Earlier in the day, Harris tweeted, "Deepest condolences to President Moon @moonriver365 for the passing of his mother Kang Han-ok. An amazing woman with an incredible history and remarkable legacy."

Canadian Ambassador to Seoul Micheal Danagher also issued a Twitter message, in Korean, expressing his "deep condolences" to Moon and other bereaved family members on behalf of his wife and all of the Canadian embassy staff.

A Catholic funeral mass for Kang will be held on Thursday.

Foreign ambassadors visit Moon to mourn death of his mother

Foreign ambassadors visit Moon to mourn death of his mother