Hanjin KAL has been led by Cho's only son, 44-year-old Cho Won-tae, since late April, after the elder Cho died of a chronic lung disease while receiving treatment in the United States on April 8.

After inheriting the stocks, Won-tae saw his stake in Hanjin KAL rise to 6.46 percent from 2.32 percent, the company said in a regulatory filing.

The inheritance allowed Lee Myung-hee, the widow of the elder Cho, to hold a 5.27-percent stake in Hanjin KAL. The elder Cho's two daughters -- Hyun-ah and Hyun-min, raised their stakes in Hanjin KAL to 6.43 percent and 6.42 percent, respectively, according to the filing.

The Hanjin family is believed to pay an inheritance tax of some 270 billion won (US$231.5 million) over the next five years.

The late chairman was removed from Korean Air's board at a March 27 shareholders meeting amid a string of probes into him and his family members for using their superior positions to mistreat subordinates and growing calls to change the country's 14th-biggest conglomerate's leadership.

The ouster was the first time a founding family member of any South Korean conglomerate was forced out of a key post through a vote by shareholders. 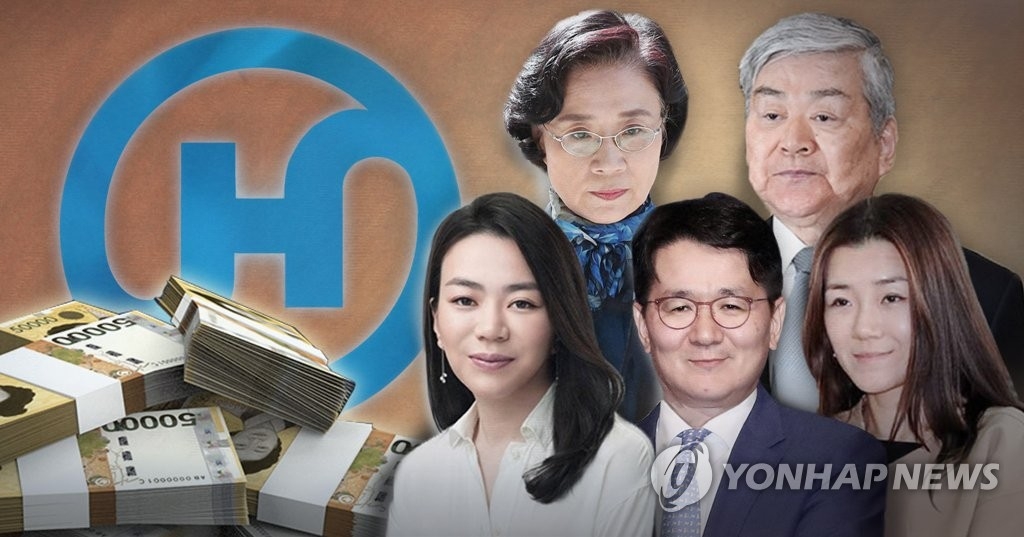