SEOUL, Oct. 31 (Yonhap) -- President Moon Jae-in's approval rating has ascended to 48.5 percent amid news of his mother's death and some positive impact from his recent economy-related activities, Realmeter said Thursday.

According to its three-day poll from Monday, the rating gained 2.8 percentage points from last week's poll. It conducted a phone survey of 1,503 adults nationwide.

It marked the third consecutive week of rise in the proportion of those in support of the president, who's nearing the halfway point in his five-year tenure. 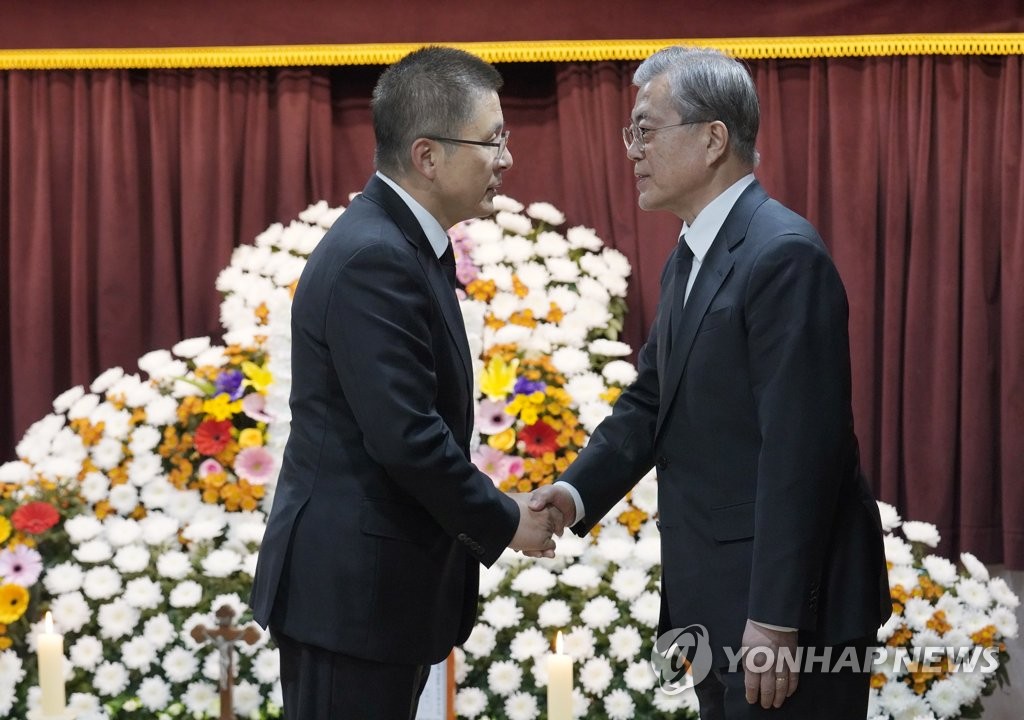 That of critics dipped 2.1 percentage points to 48.3 percent, according to the local pollster.

It cited apparent impact from the passing of Moon's 92-year-old, Kang Han-ok, on Tuesday and the president's participation in some events related to economic growth, including a conference on artificial intelligence.