SEJONG, Oct. 31 (Yonhap) -- More than 2 million foreigners were registered as residents in South Korea as of November last year, bolstered by a growing number of those with permanent residency, government data showed Thursday.

The figure represents a two-fold increase from 2009, when the number of foreign residents topped the 1 million threshold.

More than 60 percent of foreign residents live in Seoul and its adjacent metropolitan areas including Gyeonggi Province.

Among cities, wards and counties across the country, the city of Ansan in Gyeonggi Province is home to the biggest number of foreign residents at 89,093, followed by the cities of Suwon and Hwaseong also in Gyeonggi with 63,931 and 59,278, respectively, and Seoul's Yeongdeungpo Ward with 56,483. 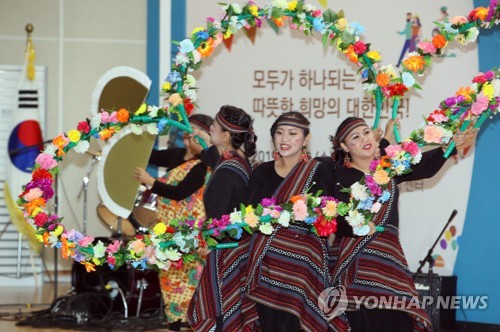