SEOUL, Oct. 31 (Yonhap) -- U.S. Forces Korea (USFK) does not believe that South Korea's project to build a floating solar power plant near the Saemangeum reclaimed area on the west coast would disturb the flight of its aircraft, Seoul's defense ministry said Thursday.

The local daily Chosun Ilbo earlier in the day that the USFK raised possibilities that light reflecting from solar panels might disrupt its flight operations, but the Korea Hydro & Nuclear Power Co. rejected the complaint.

South Korea has been pushing to build the world's largest floating solar power plant in the Saemangeum area in the city of Gunsan, North Jeolla Province, to produce electricity as part of its renewable energy initiatives.

A few kilometers away from the plot is the Kunsan Air Base assigned to the U.S.' Seventh Air Force.

"The report is not true. ... The USFK has said that the project would not cause such disruption, and the stance was officially delivered to the Saemangeum Development and Investment Agency," defense ministry spokesperson Choi Hyun-soo told a regular briefing.

"After closely reviewing the case, the USFK later confirmed that it has no intention to raise objections to the project," she said, adding that the USFK and South Korea agreed to cooperate with each other regarding the matter. 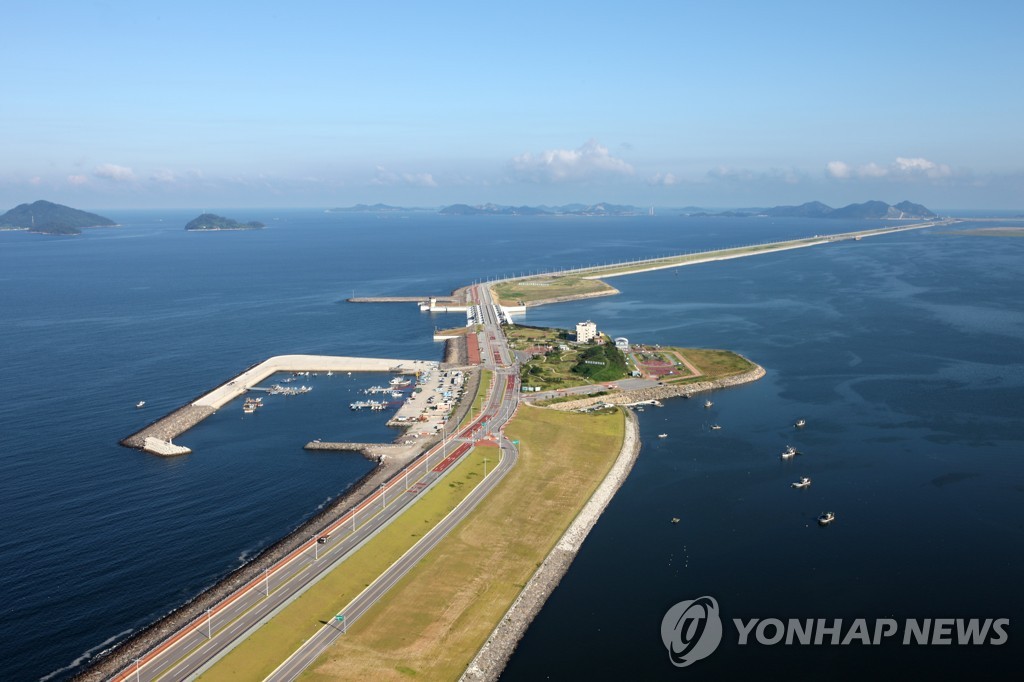