Kim delivered the message Wednesday afternoon through the truce village of Panmunjom, according to Cheong Wa Dae spokesperson, Ko Min-jung.

It was conveyed soon after to Moon at Namcheon Catholic Cathedral in Busan, where a mourning station for Kang was set up, she added. 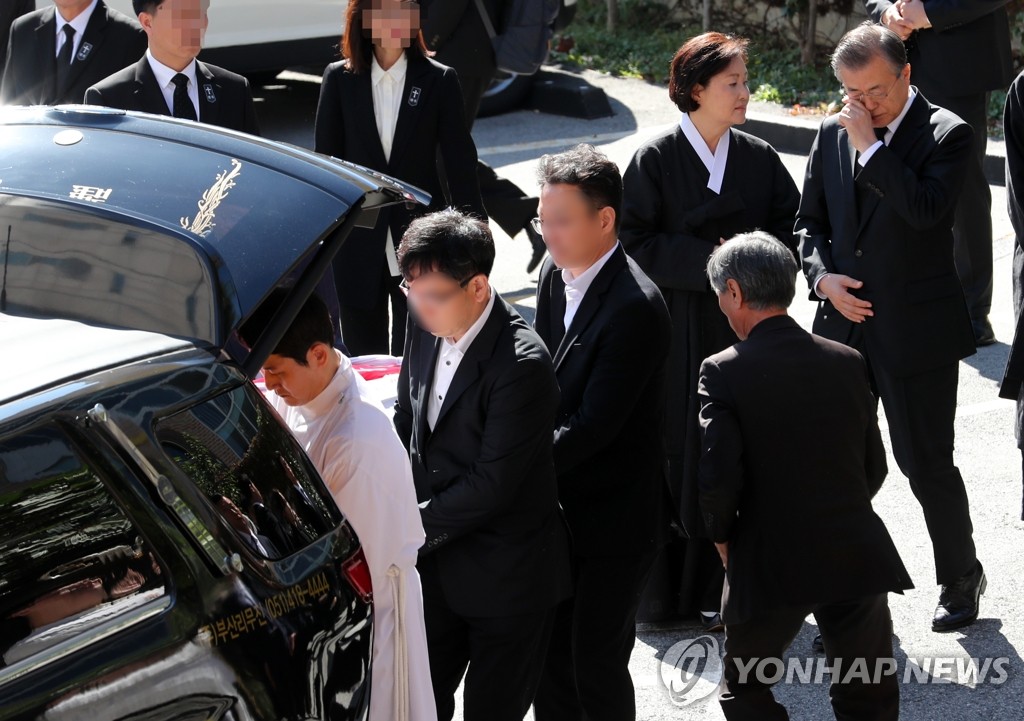 Kang was laid to rest earlier Thursday after a Catholic Mass. Kang was a Catholic. The 92-year-old died from a chronic illness Tuesday.

Pope Francis also delivered a message, reading, "I was saddened to learn of the death of your dear mother Teresa Kang, and I assure you of my spiritual closeness during this time of sorrow."

He added, "Joining you in giving thanks to Almighty God for the example for her Christian faith and for the legacy of goodness she leaves behind, I pray that the Lord may sustain your family in his infinite mercy."