SEOUL, Oct. 31 (Yonhap) -- South Korean baseball club Kiwoom Heroes said Thursday they have been running an internal audit and have acted on suspicions that their former CEO was still running the show from his prison cell.

The Heroes were responding to a recent media report that accused the Korea Baseball Organization (KBO) club of not taking appropriate measures to address the situation regarding the team governance.

The team's former CEO, Lee Chang-suk, was sentenced to 3 1/2 years in jail for embezzlement charges in December 2018. The KBO also imposed a lifetime ban on Lee from all baseball-related activities. 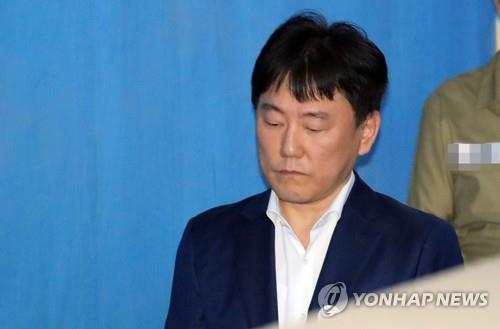 But a television news report earlier this week claimed that senior club officials visited Lee and got his final stamp of approval on some key decisions, including which player to select in the first round of this year's draft.

If proven true, these visits would be in violation of the KBO's order, under which Heroes' employees were strictly prohibited from visiting Lee during business hours and discussing club matters with him.

The same TV report said the Heroes were aware of wrongdoings by their officials but only launched their internal probe in late September.

The Heroes said Thursday that they learned of the problems in spring and immediately took necessary steps, including suspending implicated club officials.

The KBO said it will try to verify the facts from the situation and open disciplinary proceedings accordingly.

Though Lee has been incarcerated, he remains the largest shareholder of the Heroes.

"There's only so much we can do to keep Lee Chang-suk from staying involved in the team operations," a KBO official said. "But if we hand down stiff penalties on team officials this time, maybe it will discourage him from getting his hands on the team."