SEOUL, Oct. 31 (Yonhap) -- An emergency response drone successfully made its first flight, the government said Thursday, paving the way for its use in crisis situations and for security purposes.

The 28.6-kilogram MC-3 drone with six propellers flew at the Goheung Aviation Center, about 470 kilometers south of Seoul, the Ministry of Science and ICT said.

The drone carried out mock missions ranging from maritime surveillance, flying to accident sites and locating people in need of help, as well as sending back video images in real time.

The drone -- which can function with no communication links to its controllers -- even dropped life-saving gear after its software identified a person in distress.

In 2017, the Korea Aerospace Research Institute launched the drone development project worth 49 billion won (US$42.2 million).

The project will undergo further extensive tests to meet the various requirements of operators that include government agencies, the police, fire departments and the Coast Guard.

The completed production variant of the drone is expected to reach users in 2020.

"The latest multipurpose drone can operate in conditions and carry out missions that are beyond the scope of commercially sold units and is expected to greatly enhance situational awareness of the country's emergency response teams going forward," the ministry said. 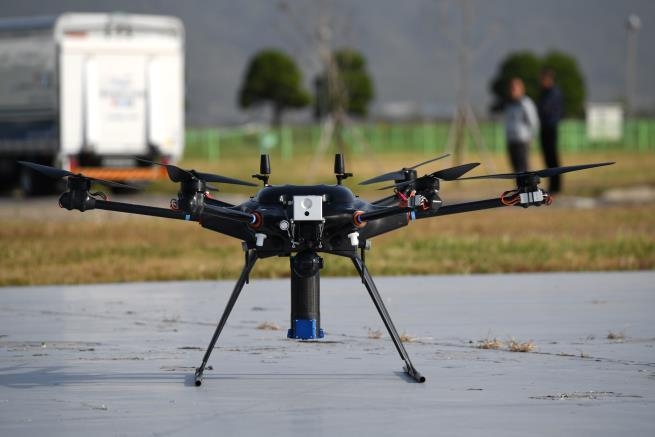