The presidential NSC's standing committee had a session and analyzed the background and intention behind the North's launch earlier in the day, Cheong Wa Dae spokesperson Ko Min-jung said.

In the meeting, presided over by Chung Eui-yong, head of Cheong Wa Dae's national security office, its members reviewed the "overall" security conditions on the peninsula, she added.

North Korean leader Kim Jong-un has ordered the removal of South Korean facilities, which have been idle in the resort area for a long time.

The NSC members agreed to cope with the issue in accordance with principles associated with the implementation of summit accords between the leaders of the two sides and the protection of South Korean firms' property rights, according to Ko. The NSC meeting began at around 5:30 p.m.

The North's move came a day after leader Kim sent a condolence message to President Moon Jae-in over the passing of Moon's mother Tuesday. 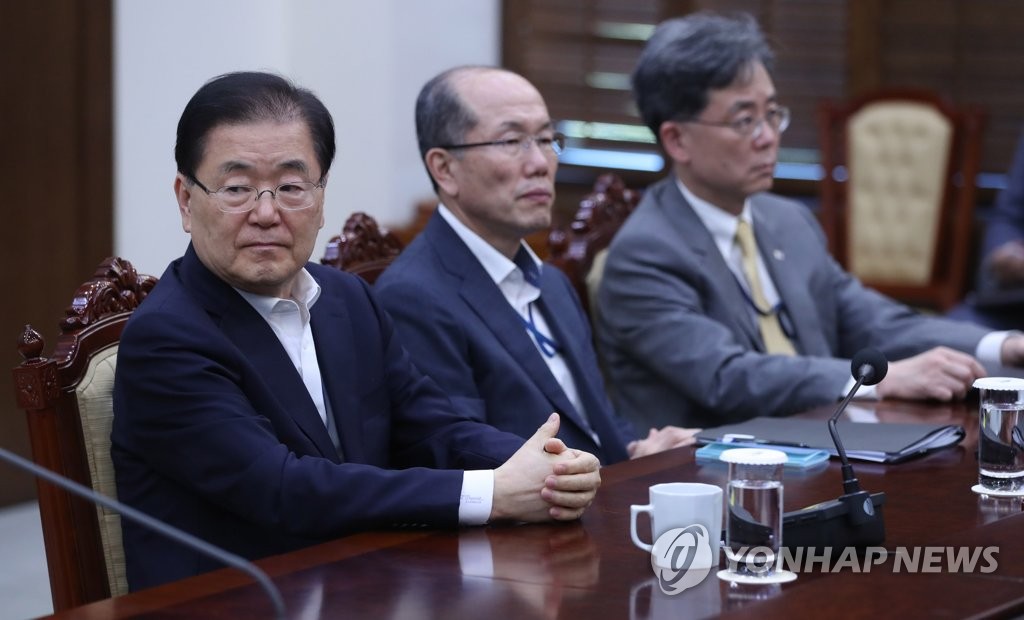