In Seoul, the advisory for PM 10, or particulate matter smaller than 10 micrometers in diameter, was issued at 8:00 p.m., according to the Seoul metropolitan government.

A fine dust advisory is issued when the PM 10 concentration in the atmosphere stays above 150 micrograms per square meter for longer than two hours.

In Gyeonggi Province, eight cities and counties, mostly in northern parts of the province, were placed under a PM 10 alert at 7 p.m.

Earlier in the day, the same alert was issued for 18 other cities and counties of the province.

As fine dust particles can cause various ailments and undermine the body's immune system, officials asked citizens with respiratory or cardiovascular problems, children and other vulnerable people to refrain from going outdoors.

South Korea has been struggling to deal with fine dust particles both from home and blowing in from China, as well as yellow dust from Mongolia during the winter and spring seasons. 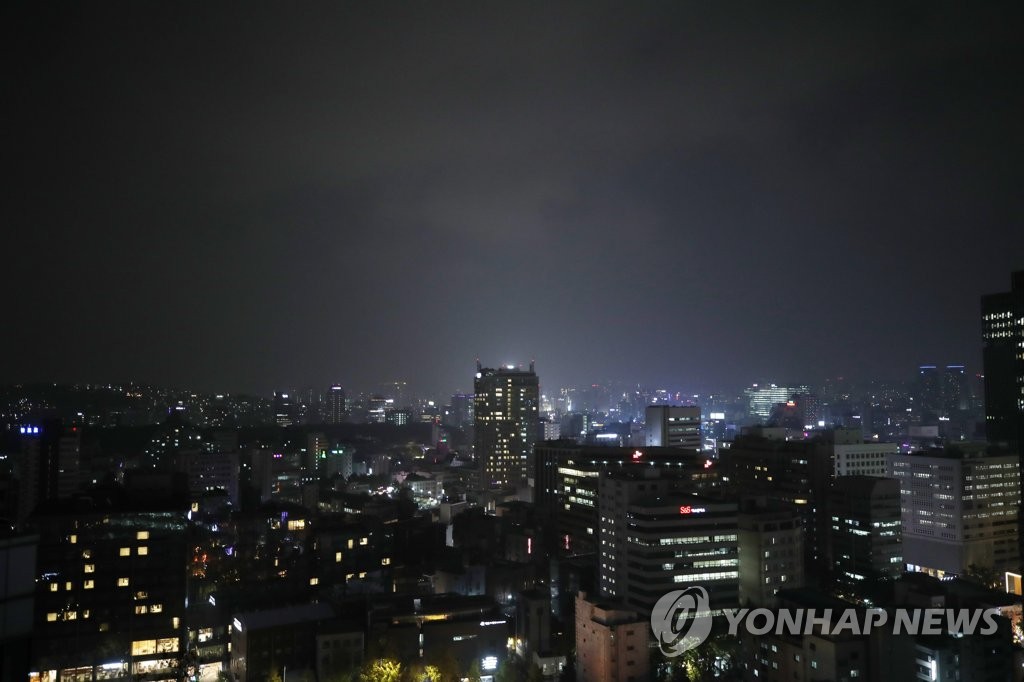