SEOUL, Nov. 4 (Yonhap) -- Returning to the K-pop scene in the depth of autumn on Monday, K-pop boy band GOT7 is "flattered and nervous" about the release of "Call My Name," a rare sexy concept album for the dance group.

The six-track album is due to hit major online music stores Monday evening, fronted by "You Calling My Name."

It is the band's first music release since "Spinning Top: Between Security & Insecurity" dropped in May.

"You Calling My Name" is a rare sensual number that presents the seven members in the new light of a sexy concept.

Some members, including JB and Youngjae, went on a diet to fit into sleek suits the band will be wearing onstage to perform the new album. 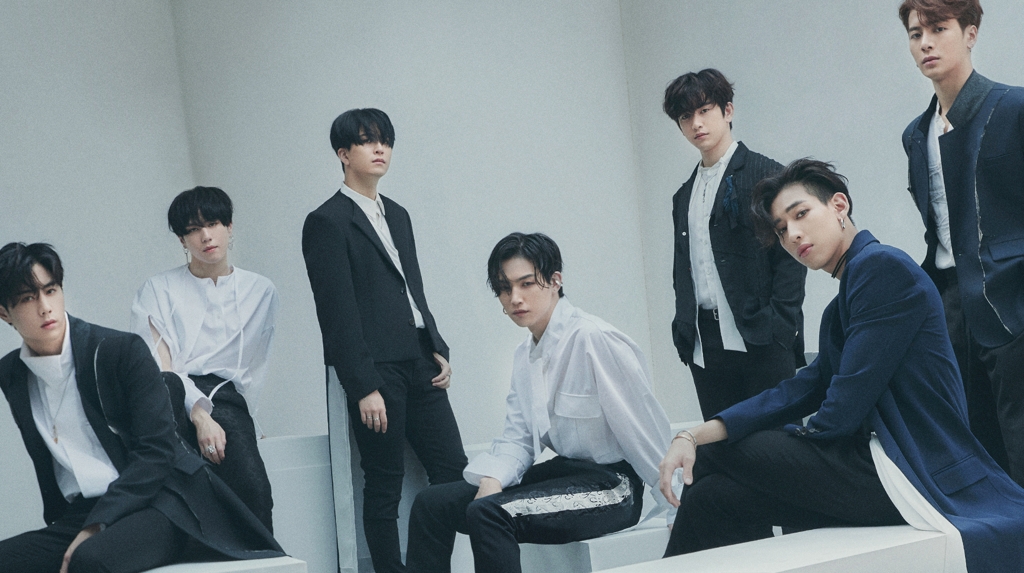 "It's an album that carries feelings and moods we have not done so far. We started off to prepare this album with some fear," member Jinyoung said in a recent interview with Yonhap News Agency and several other local news outlets ahead of the album's official release. "This sexy concept is something that we have longed to do for a long time."

"Having completed the album, it looks better than expected and goes perfectly with the band," he noted.

Team leader JB chimed in, saying that, "The members were on the same page that, having done bright and uplifting songs so far, now is the time to go for a new challenge."

"I am nervous about how it would look (to fans)."

The stage performance of "You Calling My Name" also comes with a "refined sexy" choreography that gives out a chic, airy mood, according to the members. 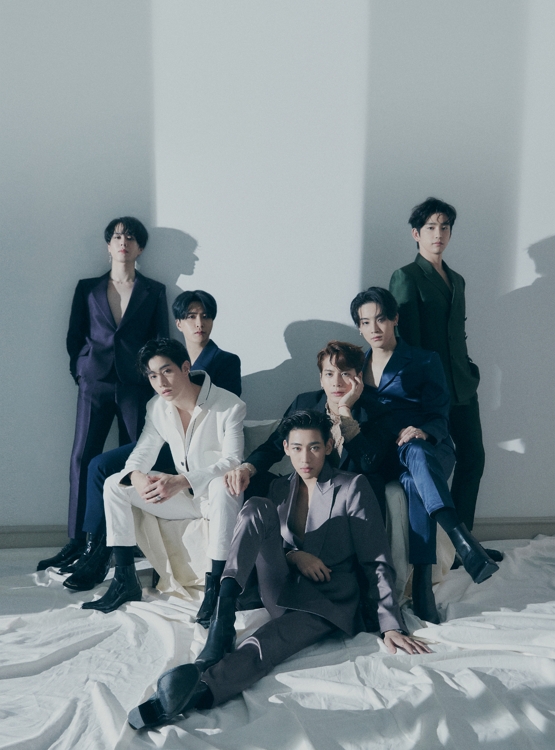 Including the main track whose lyrics JB wrote jointly with Park Jin-young, the founder and producer of the band's label, JYP Entertainment, the new album carries six numbers, such as "Pray," "Now or Never" and "Run Away."

JB partly composed two of the six tracks -- "Pray" and "Thursday" -- under his pen name, Defsoul, while Jinyoung partly wrote the lyrics for "Run Away." Another member, Yugyeom, wrote the lines for "Crash & Burn" in collaboration with other writers.

The band is currently in the midst of GOT7 2019 World Your Keep Spinning, under which the band has performed in North American cities, Amsterdam, London, Berlin, Paris and Manila since June.

The band will continue with the world tour next year, stopping in Bangkok, Singapore, Macau and other major Asian cities.

The upcoming Bangkok leg will be held in a stadium, the band's first solo stadium concert outside of South Korea since its debut in 2014.

"We've been always dreaming about performing in a stadium. Standing on a stadium stage would be the ultimate goal for any singers when they debut," member BamBam said.

"For now, it will be only in Bangkok, but it's a good start ... and I wish we could ultimately tour stadiums (in other countries)," he said.

"For now, it doesn't feel like it's real, but onstage that day, I think I might cry," JB added.

(Yonhap Interview) GOT7 is 'flattered, nervous' ahead of sexy concept album's release

(Yonhap Interview) GOT7 is 'flattered, nervous' ahead of sexy concept album's release