SEOUL, Nov. 1 (Yonhap) -- South Korea defeated Puerto Rico 4-0 on Friday in the first of two tuneup games between the teams ahead of an Olympic baseball qualifying tournament. 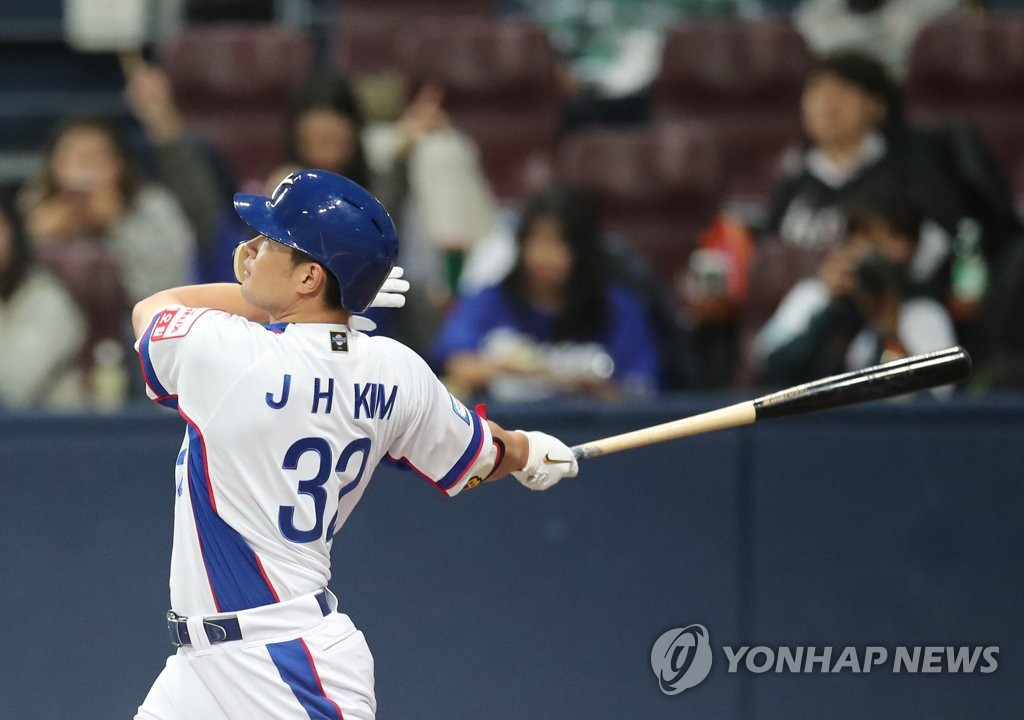 The two countries will be back at it again at the dome at 5 p.m. Saturday. They're gearing up for the Premier12, a World Baseball Softball Confederation (WBSC) tournament doubling as the qualification event for the 2020 Tokyo Olympics.

South Korea opened the scoring in the bottom third thanks to a fielding error by Puerto Rico. With men at first and second, No.-3 hitter Kim Hyun-soo sent a hard grounder right at third baseman David Vidal, who had the ball deflect off his glove and roll through the wickets. Kim Sang-su, who'd led off the inning with an infield single, came around from second to make it 1-0 South Korea.

Puerto Rico got its first hit in the top of the fourth with Anthony Garcia's double, but Garcia was caught stealing third for the final out of the inning.

South Korea doubled the lead in the fourth thanks to two doubles.

Yang Eui-ji's two-bagger chased Giovanni Soto, Puerto Rico's second pitcher, from the game. And against the new pitcher, Miguel Martinez, Kang Baek-ho jumped on the first pitch for an RBI double off the top of the wall in right center, putting South Korea up 2-0. 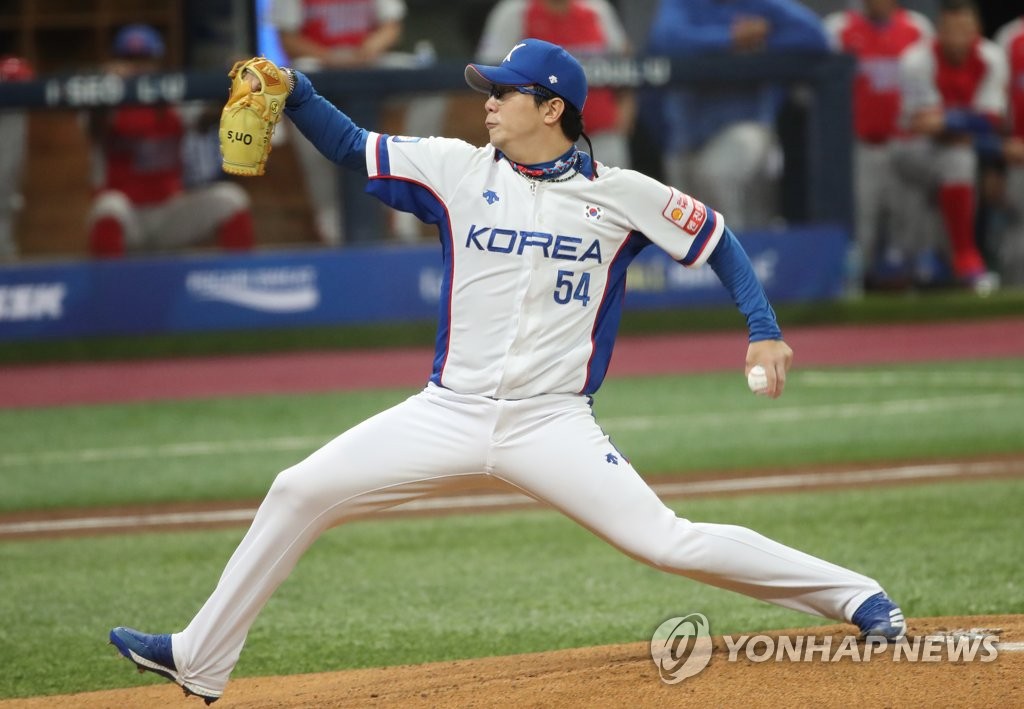 Puerto Rico tried to mount a rally with two straight singles to start the top fifth against new pitcher Cha Woo-chan. But the veteran left-hander got Jeffrey Dominguez to line out to second and then induced an inning-ending, 6-4-3 double play ball off the bat of Wilfredo Rodriguez.

And South Korea tacked on two more runs in the bottom fifth. After Kim Hyun-soo's single, Kim Jae-hwan clobbered a 0-1 slider by Martinez and sent a towering two-run blast over the right field wall for a 4-0 lead.

Puerto Rico had consecutive one-out singles in the top sixth but failed to cash in against Cha, who struck out Anthony Garcia and got David Vidal to ground out to third.

Danny Ortiz doubled off the center field wall with one out in the top seventh, but Puerto Rico failed to bring him home. And South Korea slammed the door shut in the eighth and ninth.

At the Premier12, South Korea will host Group C games against Australia, Canada and Cuba from Nov. 6-8 at Gocheok Sky Dome. Puerto Rico will play in Group B against Japan, Chinese Taipei and Venezuela in Taichung, Chinese Taipei.

Group A teams are: the United States, the Netherlands, the Dominican Republic and Mexico.

The top two nations from each group will reach the Super Round, which will take place in Japan.

To have a chance to defend that gold medal, South Korea must reach the Super Round and also finish ahead of its two Asia/Oceania rivals, Australia and Chinese Taipei. 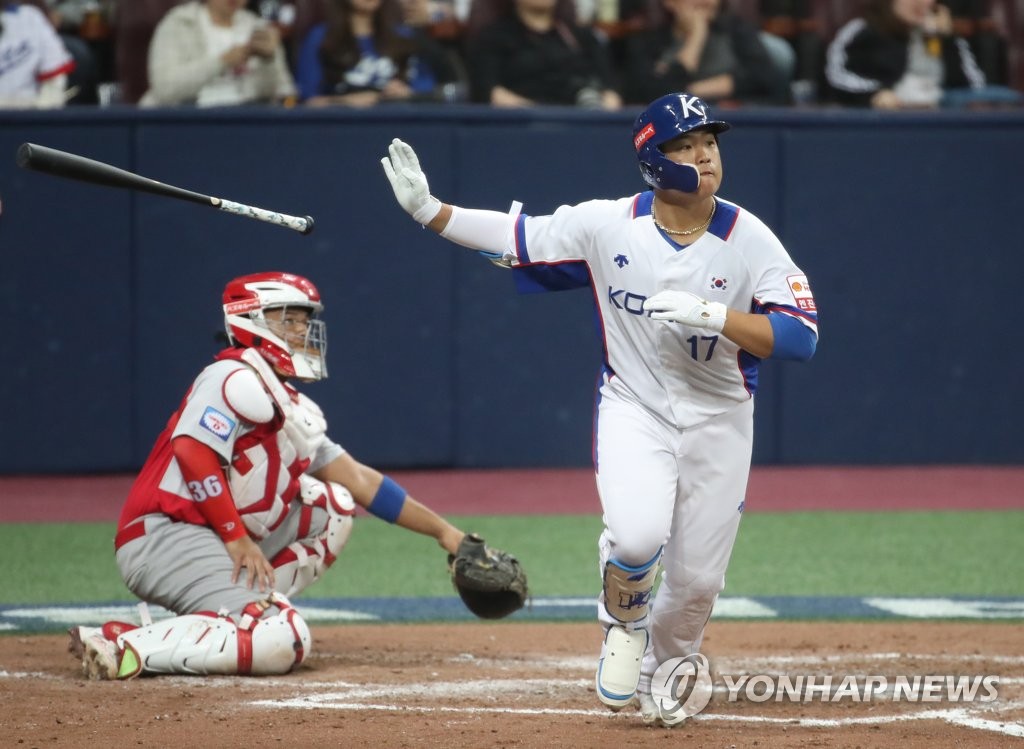