SEOUL, Nov. 2 (Yonhap) -- South Korea's military is expected to resume a project next week to excavate and identify war remains near the border with North Korea after it was suspended due to the outbreak of African swine fever (ASF), officials said Saturday.

The excavation mission will be restarted on Arrowhead Ridge, Cheorwon, some 90 kilometers northeast of Seoul, where about 300 soldiers from South Korea, the United States and France are believed to have been killed in bloody battles during the 1950-53 Korean War.

"Starting Monday, we will resume the project on Arrowhead Ridge. The work will proceed until the end of this month," a military official said.

The United Nations Command (UNC) tweeted that it approved an "urgent" request from the Korean government to resume the recovery mission.

"UNC personnel are on-hand to provide support to the effort," it added.

The excavation project has been suspended since Oct. 4 due to concerns about the spread of ASF. The country has confirmed 19 wild boars infected with the virus that were found dead near the border with North Korea.

The project is part of an inter-Korean military agreement reached in September 2018 in Pyongyang on the sidelines of a summit between President Moon Jae-in and North Korean leader Kim Jong-un.

The deal called for a joint operation to recover war remains at Arrowhead Ridge in the Demilitarized Zone that bisects the two Koreas from April 1 to Oct. 31, 2019.

But South Korea's military has carried out a solo mission as the North refused to join it amid chilled inter-Korean ties. It earlier extended the project by one month to November. 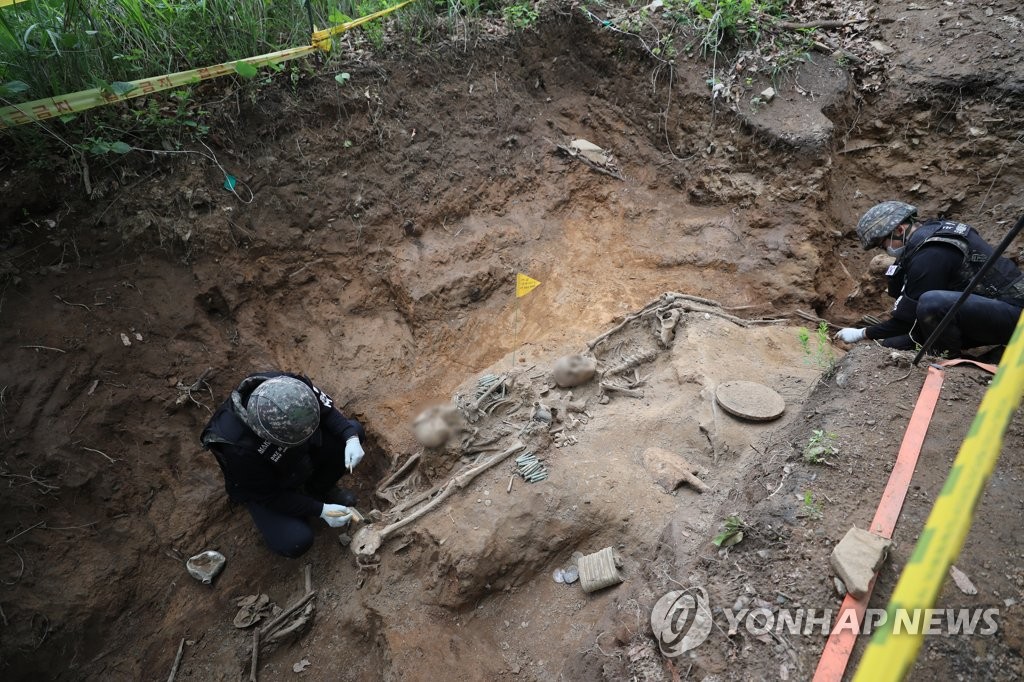