A search has been under way after a rescue helicopter carrying seven people, including an injured person, crashed into the East Sea late Thursday for unknown reasons. The crash happened soon after its takeoff from Dokdo.

On Saturday, the rescue workers found three bodies -- two near the tail rotor and one inside the fuselage. The third victim has yet to be retrieved from the fuselage, which was completely turned over when it was found. 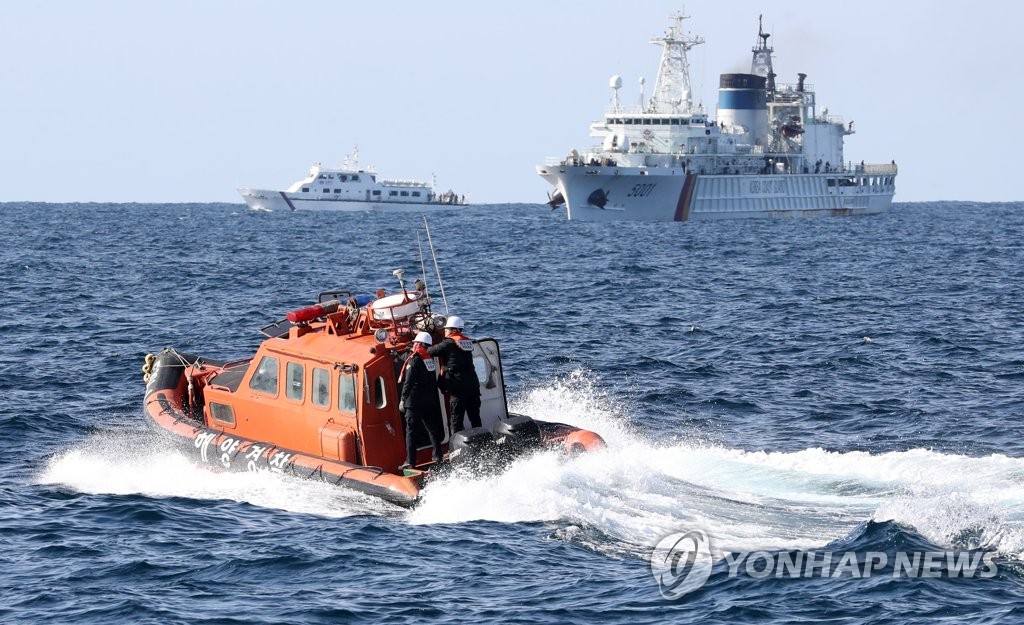 Rescue officials said Sunday the forensic process has begun to identify the bodies, including getting DNA samples from the families. Two recovered bodies are so far confirmed to be male and one of them is presumed to be a firefighter, given the clothes he was wearing bear the similar colors of firefighters' uniform.

"One was topless and wearing navy pants, while the other had put on an orange top and navy pants, which tell us that he may well be one of the firefighters," a Coast Guard official told a briefing.

"We will confirm their identities after we have the DNA results," he said.

Once the bodies are identified, they will be sent to Daegu or Pohang, located in the country's east, to be delivered to their families.

The Coast Guard resumed the underwater search at 8 a.m. and began work to install a mesh around the fuselage to salvage it from the waters. The authorities said earlier the operation was being impeded by unfavorable weather conditions.

As of 11 a.m. on Sunday, a high seas watch was set to be issued for the waters near Dokdo, according to the Daegu-based weather agency.

Dozens of Navy and Coast Guard vessels, as well as helicopters and airplanes, have been mobilized for the search operation in the area spanning some 54 kilometers south of Dokdo. At least 25 divers are working at the scene for the rescue mission. 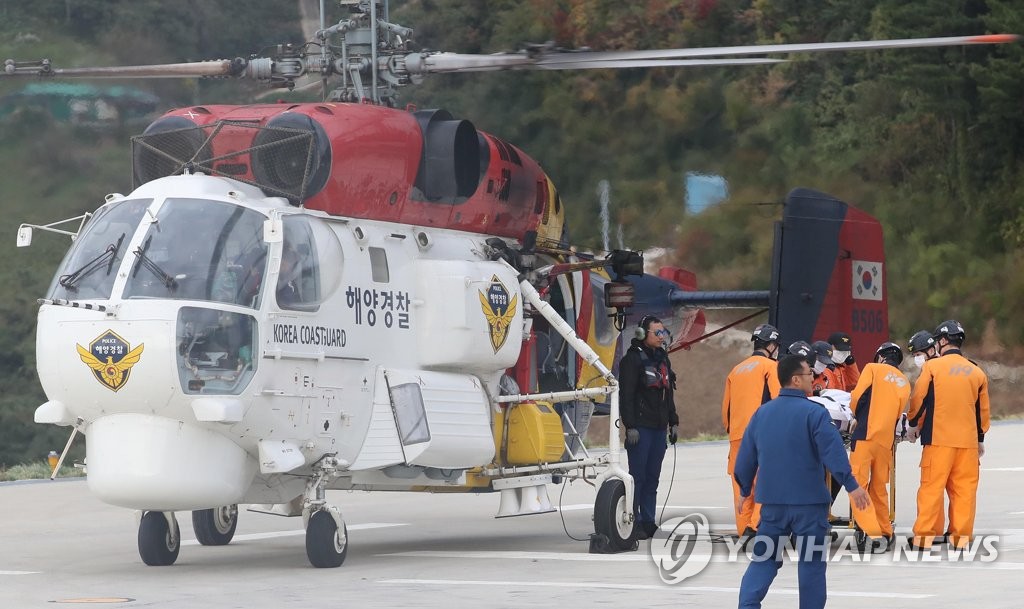