SEOUL, Nov. 3 (Yonhap) -- South Korea have reached the knockout stage at the FIFA U-17 World Cup in Brazil with a win in their final group match.

South Korea defeated Chile 2-1 in the last Group C contest at Estadio Kleber Andrade in Cariacica, Brazil, on Saturday (local time), securing the second seed in the group with six points from two wins and a loss. 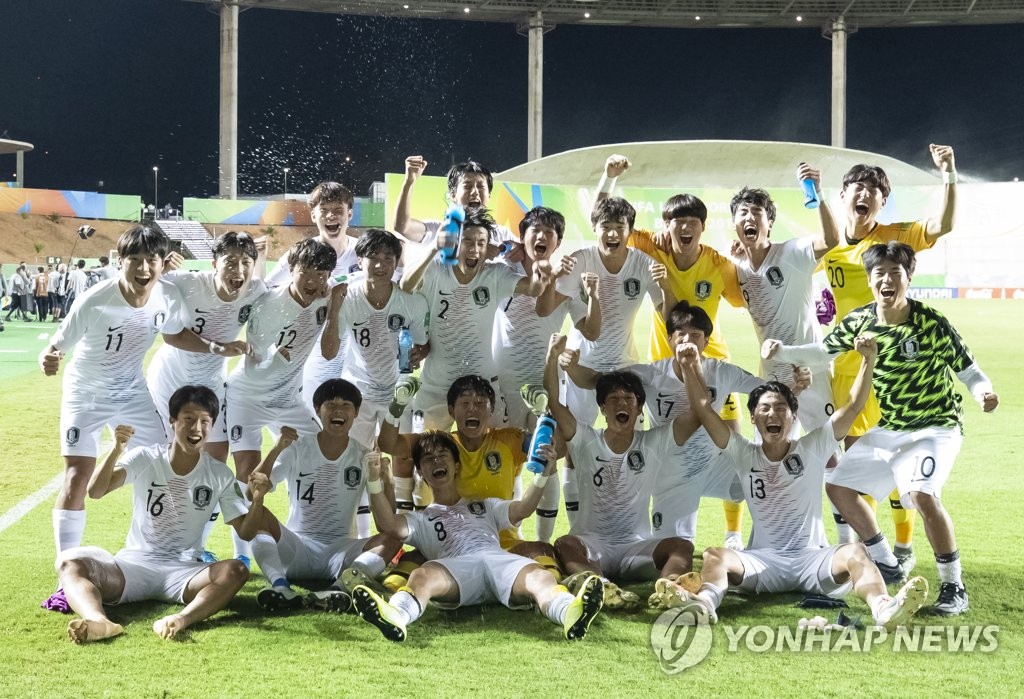 Paik Sang-hoon scored just 52 seconds in -- the fastest goal scored by South Korea at any FIFA competition -- and Hong Sung-wook got the team's second goal at the half-hour mark. Alexander Oroz was the lone Chilean goal scorer.

There were six groups of four nations at this youth tournament, and the top two teams from each group, plus the four best third-place teams, will make up the final 16.

In the round of 16, South Korea will face Angola on Tuesday at Estadio Olimpico Pedro Ludovico in Goiania.

This is South Korea's sixth appearance at the biennial tournament and fourth trip to the knockouts. They've never gone past the quarterfinals.

Paik set the tone early against Chile, pouncing on a loose ball after a corner kick went off a defender. Then Hong headed in an Eom Ji-sung cross to double the lead in the 30th minute. The ball went in off the crossbar and counted as the goal after a video review.

Oroz cut the deficit in half in the 41st minute. Chile kept pushing for an equalizer, but South Korea held their ground for the narrow win. 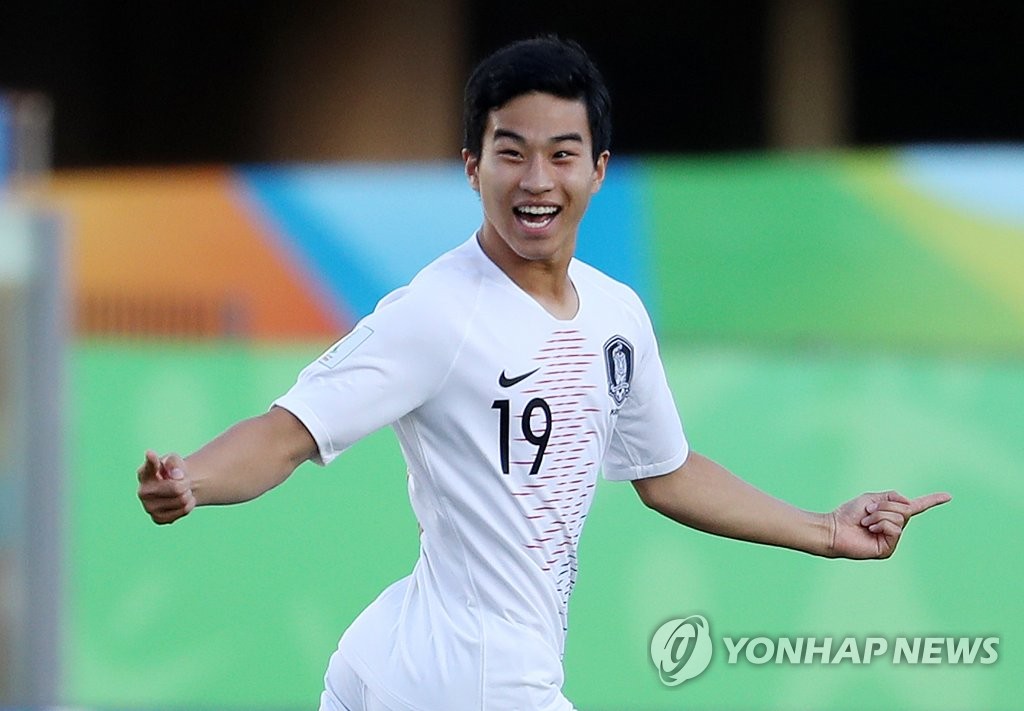