The video of the band's main song on the "Map of the Soul: Persona" album released in April, achieved the feat Sunday evening, about seven months after it went on sale, according to the band's agency Big Hit Entertainment.

It is the fourth music video of BTS with over 600 million YouTube hits, following "DNA," "Fire" and "Fake Love."

Its music video set a Guinness World Record for the most views on YouTube in 24 hours after collecting 74.6 million views on the first day of its release. 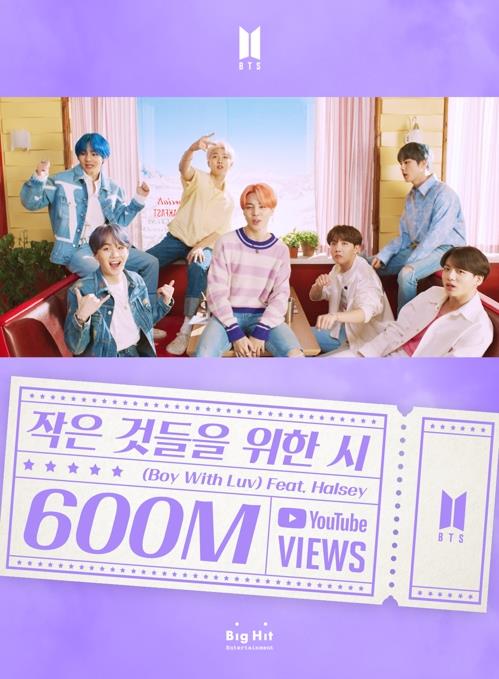