SEOUL, Nov. 4 (Yonhap) -- The South Korean Navy said Monday it has deployed a 1,200-ton submarine to a multinational submarine rescue exercise set to begin off the coast of Australia later in the day.

The Pacific Reach (PACREACH) 2019 exercise, set to run until Nov. 15, involves navies from five other countries -- the United States, Japan, Australia, Singapore and Malaysia -- according to the Navy.

The exercise, first launched in 2000, is designed to improve submarine rescue techniques in an accident or other emergency situation involving a submarine and to strengthen ties among the participating countries.

This year's exercise, the eighth of its kind, is hosted by the Royal Australian navy, and South Korea's submarine, Lee Sun Sin, will join eight other vessels, including one submarine and three deep-submergence rescue vehicles from the partner nations, the Navy said.

From Monday through Thursday, diverse programs will take place indoors, including education on rescue manuals. Then starting on Friday, the participants will stage maritime drills, it added.

"Through the exercise, the participants will hone their rescue skills and enhance cooperation and interoperability in the field of submarine rescue," the Navy said in a release. 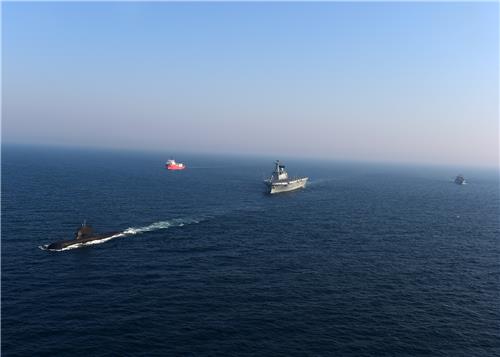