Speaking at a forum on air pollution and climate change, Lee also expressed hope that South Korea, China and Japan could vibrantly work together for policy and technology cooperation in terms of particulate matter.

"Given atmospheric flows transcends national boundaries, it is natural to seek transnational responses. It is time for the international community to actively cooperate (to cope with the air pollution)," Lee said during his speech at the opening ceremony of the forum. 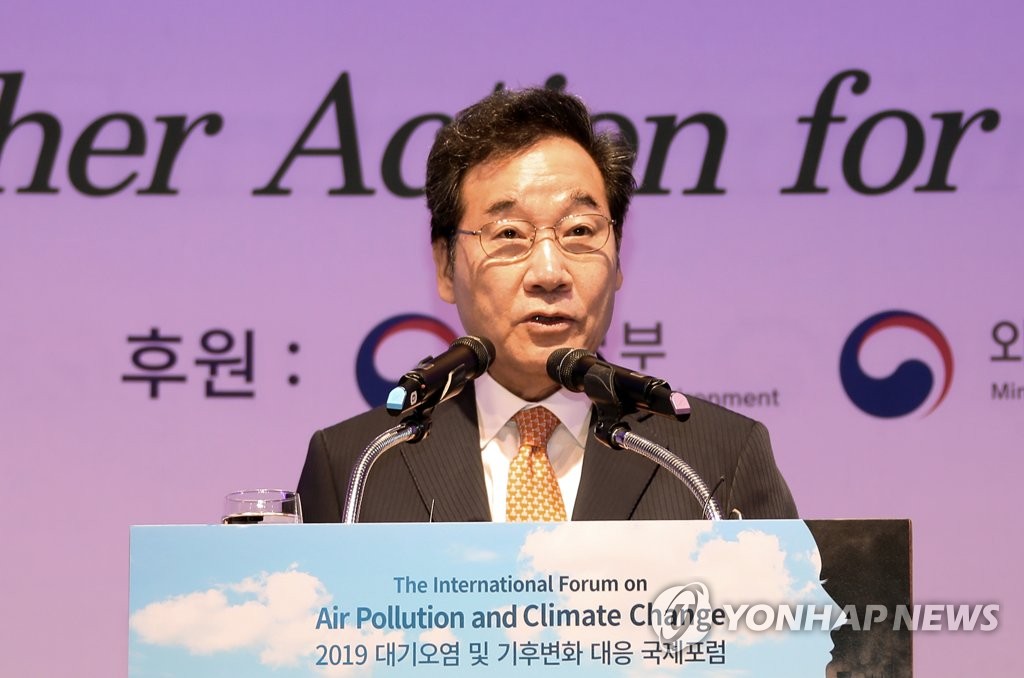 In March, South Korea designated fine dust as a social disaster as the intensity and frequency of the air pollution has increased in recent years.

The urgency for international cooperation is important as a large portion of the fine dust is believed to blow in from China. Exhaust gas emitted by diesel-fueled cars is also blamed for increasing fine dust.

Lee said Seoul, Beijing and Tokyo will unveil the outcome of their joint research on the movement of fine dust this month.

"I hope the move will help the three nations expand and strengthen cooperation," he added.

"China plans to place top priority in tackling air pollution and climate change and expand cooperation and exchanges with other nations," Li said.

"We are victims of air pollution and climate change, but we should not forget that we are also perpetrators," he said at an opening speech. 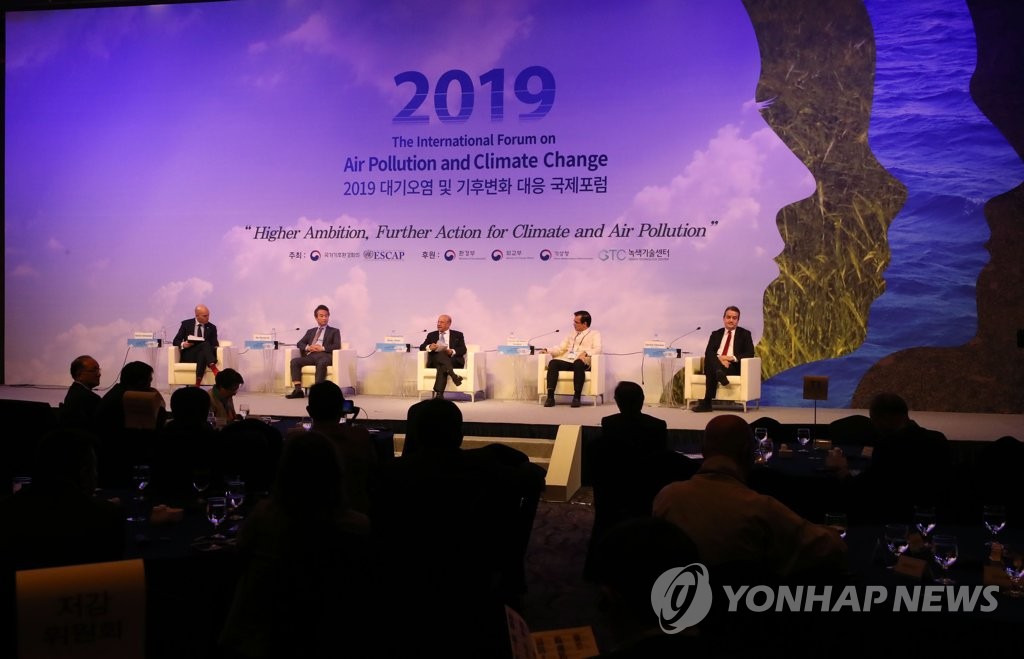