SEOUL, Nov. 4 (Yonhap) -- A North Korean diplomat departed for Moscow on Monday to attend a nuclear nonproliferation conference amid speculation that he could possibly meet with U.S. officials also attending the forum.

Jo Chol-su, director-general of the North American department at the North's foreign ministry, left Pyongyang to participate in the 2019 Moscow Nonproliferation Conference (MNC) set for Nov. 7-9, the Russian Embassy in North Korea said in a Facebook post.

Russian Ambassador to North Korea Alexander Matsegora saw off Jo's delegation at the airport, and Jo is "planning to have a series of meetings at the Russian foreign ministry," the post read.

U.S. Special Envoy for North Korea Mark Lambert is also expected to take part in the three-day session, raising expectations for a possible meeting between the two sides on the margins of the conference.

The meeting, if realized, will come at a time when nuclear negotiations between Washington and Pyongyang remain in a stalemate after their last working-level talks in Sweden ended without a breakthrough.

Inter-Korean talks have also been strained as the North has virtually severed all contact with the South after accusing Seoul of not complying with the inter-Korean agreement and keeping its hostile policy against the communist regime.

The MNC, hosted by Russia's Center for Energy and Security Studies every two to three years, has served as a chance for the United States and North Korea to sound out each other's positions at times of high tension.

This year, some 300 participants from over 40 countries and those from key international organizations such as the International Atomic Energy Agency (IAEA) are expected to take part in the conference.

In 2017, Choe Son-hui, then a director-general for North American affairs and currently the North's first vice foreign minister, attended the conference. At the time, South Korea also sent a director-general-level official, but inter-Korean talks did not materialize. 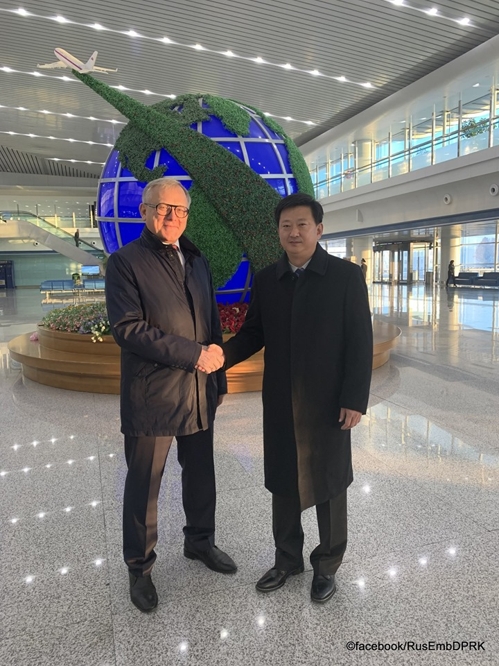