SEOUL, Nov. 4 (Yonhap) -- North Korea and the United States are expected to hold another round of working-level nuclear talks no later than early December, Seoul's spy agency said Monday.

The National Intelligence Service (NIS) made the assessment during a closed-door parliamentary audit session, it said in a statement, as the North has set the end of this year as the deadline for a nuclear deal with the U.S.

"As the two sides identified each other's stances at the Stockholm talks in October, the time appears to be coming for them to launch full-fledged consultations," Rep. Lee Eun-jae of the main opposition Liberty Korea Party, a member of parliament's intelligence panel, told a press briefing.

The U.S. and North Korea held working-level nuclear talks in the Swedish capital after months of stalemate, but the talks broke down with the North accusing the U.S. of failing to come up with a new proposal.

Rep. Kim Min-ki of the ruling Democratic Party said North Korean leader Kim Jong-un appears to have decided to hold a summit with U.S. President Donald Trump in December, citing the spy agency. But Rep. Lee Hye-hoon, the chief of the intelligence panel, later made a correction, saying that the intelligence service's analysis was that the North might be "aiming for" another Trump-Kim summit by the end of December.

The NIS said in the statement that it did not make any detailed comments on the timing of a possible third summit between Trump and Kim.

The spy agency is closely watching the possibility of the North Korean leader visiting China within this year as the two countries celebrate the 70th anniversary of the establishment of their diplomatic ties, according to the lawmakers on the intelligence panel.

Touching on the North's missile capability, the NIS said North Korea has a record of launching its intercontinental ballistic missile (ICBM) from a mobile launcher, but recently used a transporter erector launcher (TEL) in just moving the missile and used a separate structure for the actual launching, according to Rep. Lee Hye-hoon.

According to the lawmakers, Seoul is also closely monitoring the North as it could test fire a missile from its new submarine being built at the Sinpo shipyard on its east coast. The submarine is estimated to be in the final stages of construction.

Regarding South Korea's decision to end a military intelligence-sharing pact with Tokyo, the spy agency said it is hard to rule out the possibility of Seoul reversing the decision, according to Rep. Lee Hye-hoon. 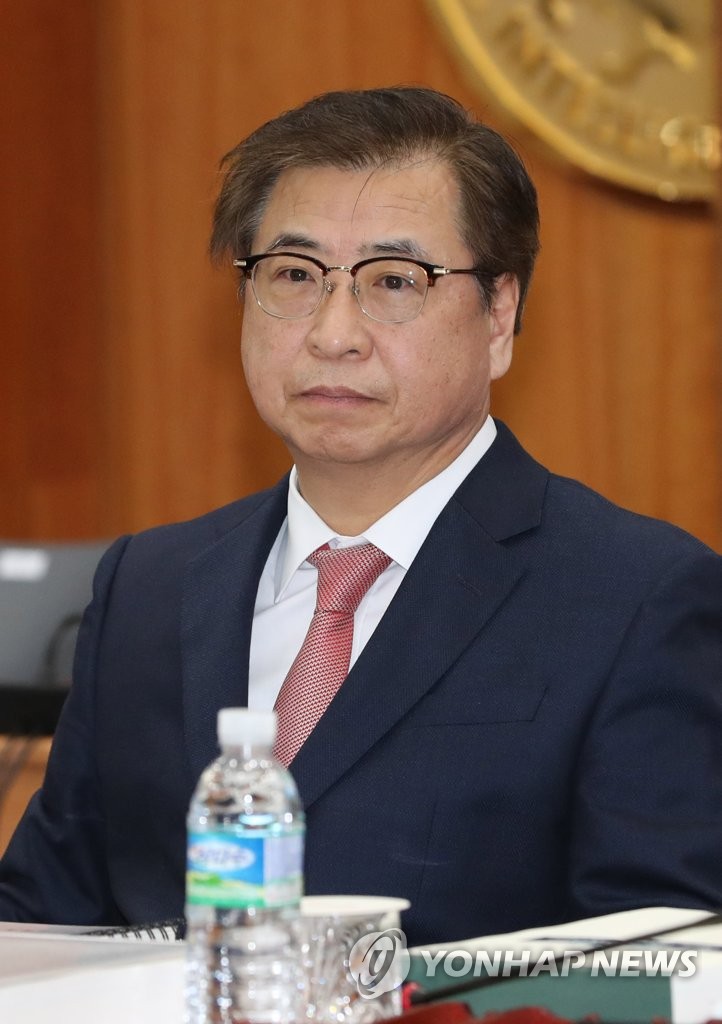