Following a hearing earlier in the day, the Seoul Central District Court issued the warrant to formally detain the program director in a scandal involving "Produce X 101," a fan-voted idol competition show that ran on cable channel Mnet. The chief producer of the show was also detained.

The court said it accepted the need to approve the warrants considering the role played by the two in the scandal and the severity of the accusations raised.

Requests for warrants to arrest two others involved in the incident were rejected.

Police have been investigating allegations that production staffs manipulated mobile text message-based voting results to include some contestants in X1, a band composed of the show's final 11 winners.

An additional charge of dereliction of duty was added to the producer for allegedly accepting bribes in exchange for the manipulation. 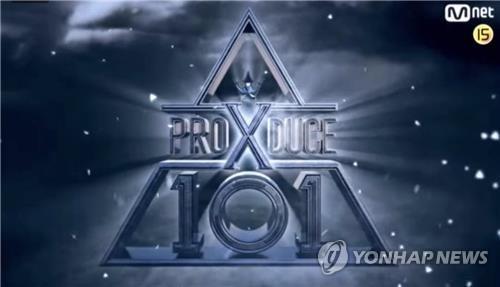 The voting results came into the spotlight soon after the final episode of the cable TV show aired in July.

The scandal developed into an investigation involving the show's chief producer, production staff members and multiple police raids on CJ ENM, the headquarter of Mnet, including one earlier in the day.

Mnet, which had remained mostly silent on the issue, released an official apology Tuesday.