SEOUL, Nov. 5 (Yonhap) -- President Moon Jae-in said Tuesday he has had a "meaningful" meeting with Japanese Prime Minister Shinzo Abe that could herald the start of dialogue for mending soured ties between Seoul and Tokyo.

Moon held an 11-minute conversation with Abe on Monday ahead of an ASEAN Plus Three summit in Bangkok, the first one-on-one talks in more than a year amid frayed ties.

"I've held a meaningful meeting with Abe that could be a start point for dialogue," Moon said on his social media, wrapping up his three-day trip to Thailand for ASEAN-related summits.

The presidential office Cheong Wa Dae characterized it as a face-to-face conversation, neither a formal summit nor a "pull aside." But Moon and Abe agreed to resolve pending issues via dialogue during a meeting held in a "very friendly and serious" mood, Cheong Wa Dae spokesperson Ko Min-jung said.

Moon also delivered a condolence message over the death of firefighters who were aboard a rescue chopper that crashed into the East Sea last week.

"I would like to extend my message of consolation to the families of those who were found dead and went missing. I will promise to do my best to find the crew and those aboard the chopper," Moon added.

The rescue helicopter, carrying seven people, including an injured person, crashed into the East Sea on Thursday night shortly after taking off from the easternmost islets of Dokdo. Three bodies believed to be victims have been found. 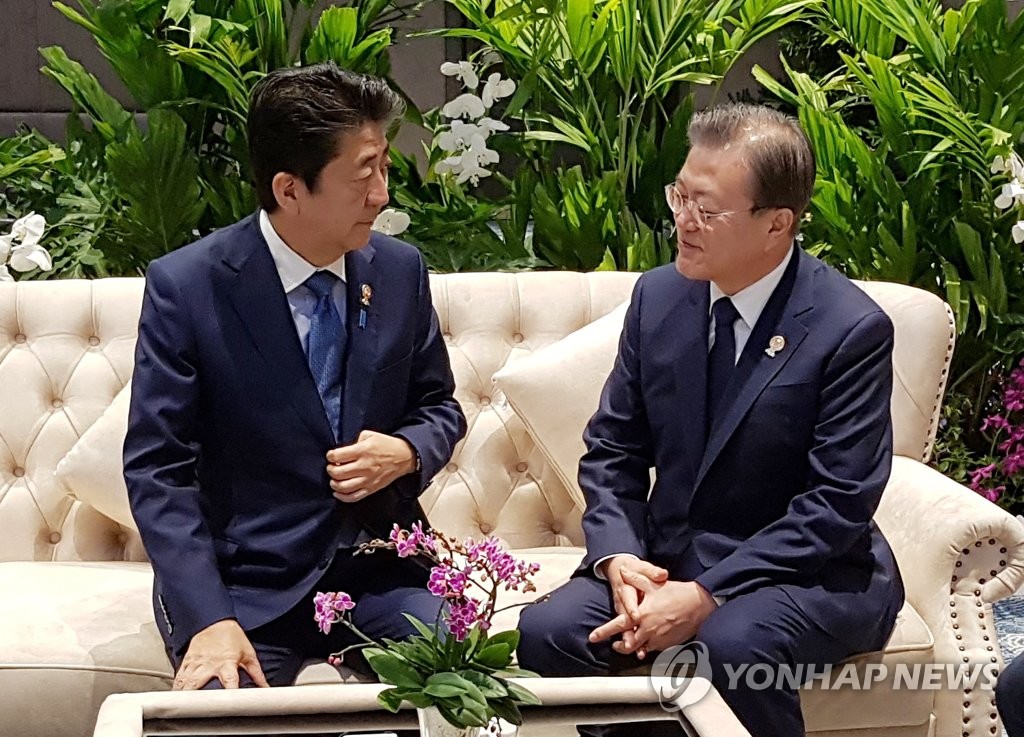 Moon assesses his latest meeting with Abe was 'meaningful'

Moon assesses his latest meeting with Abe was 'meaningful'